A paper published in 'Nature' reports that the Cassini spacecraft has identified that moons Tethys and Dione are sources of plasma in Saturn's magnetosphere. 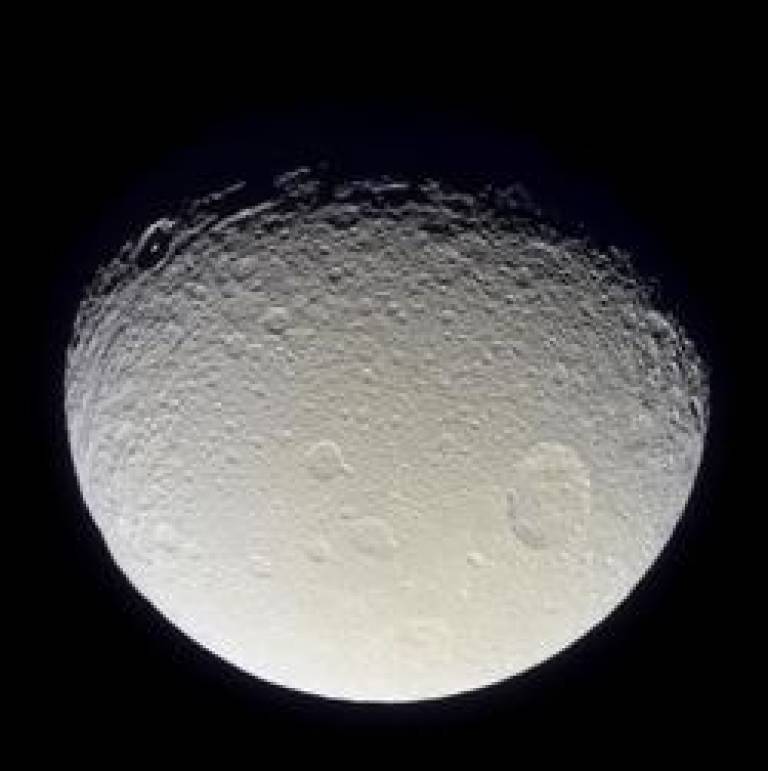 It appears that the moons are flinging great streams of particles into space, according to data from the NASA/ESA/ASI Cassini mission to Saturn. The discovery suggests the possibility of some sort of geological activity, perhaps even volcanic, on these icy worlds.

The particles were traced to the two moons because of the dramatic movement of electrically charged gas in the magnetic environs of Saturn. Known as plasma, the gas is composed of negatively charged electrons and positively charged ions, which are atoms with one or more electrons missing. Because they are charged, the electrons and ions can become trapped inside a magnetic field.

Saturn completes one rotation in just 10 hours and 46 minutes. This sweeps the magnetic field and the trapped plasma through space. The trapped gas feels a centrifugal force trying to throw it outwards, away from the centre of rotation.

Soon after the Cassini spacecraft reached Saturn in June 2004, it revealed that the planet's hurried rotation squashes the plasma into a disc and that great fingers of gas are being thrown out into space from the disc's outer edges. Hotter, more tenuous plasma then rushes in to fill the gaps.

Until this result, only Enceladus out of Saturn's inner moons was known to be an active world, with huge geysers spraying gases hundreds of kilometres above the moon's surface. "This new result seems to be a strong indication that there is activity on Tethys and Dione as well," says project collaborator Dr Andrew Coates (UCL Mullard Space Science Laboratory).

More flybys are scheduled for Dione and Tethys in the future, which will allow the team and the other instruments to get a close look at the moons. Before that happens, the team needs to go back and search for further signs of activity in the data already collected during the 2005 Tethys and Dione flybys.