CJ Lim (UCL Bartlett School of Architecture) will discuss the architectural influence of Heath Robinson on BBC Radio 4's 'Today Programme' on Thursday 5 July to mark the launch of an exhibition about the illustrator and cartoonist at Bloomsbury's Cartoon Museum. 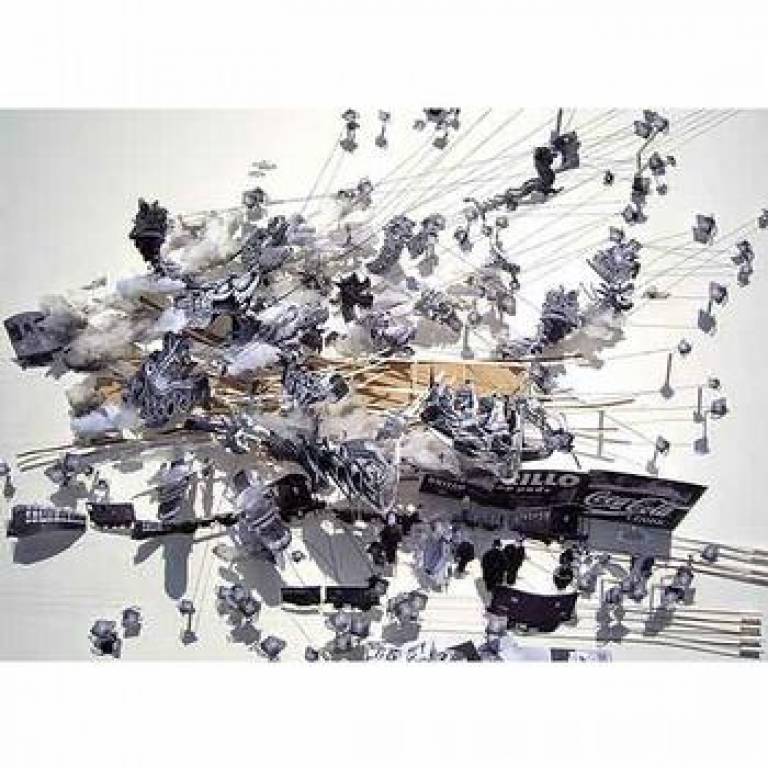 During the programme, which will be broadcast from 8 to 9am, CJ will talk alongside Children's Laureate Michael Rosen to give two novel perspectives on Heath Robinson, who is best known for his designs of complicated and outlandish inventions. BBC Radio 4 has also commissioned CJ to design a homage to the cartoonist's work.

Born in Islington in 1872, Heath Robinson created cartoons through peacetime and both world wars, dying just before the end of the Second World War. He specialised in portraying complex contraptions with ludicrously simple means. As a result 'Heath Robinson' has now entered the English language as a way of describing a crazy idea or detailed contraptions that do not quite work.

Although Robinson was never known as an architect, CJ believes his spatial skill is beyond question: "Heath Robinson looks at the relationship between political and social issues and space-making, which is at the heart of creating exciting contemporary architecture. He has an amazing spatial inventiveness, which is clumsy but a form of spatial entertainment."

Heath Robinson's blend of inventiveness and humour has had a strong impact on CJ's work and writings including his recently published book 'Devices' (Architectural Press Elsevier). "For me, Heath Robinson is the quintessential English inventor," he says. "I adore his wackiness and his refusal to take life too seriously."

CJ has designed 'Sky Transport for London' in homage to the cartoonist's work.

" 'Sky Transport for London' seeks to reconfigure London Underground's Circle Line, by lifting the footprint of its tracks eighty metres above ground as a continuous 'sky-river' flowing through the great metropolis," he explains. "In this scenario, long, narrow boats, usually with a crew of twenty-two, would traverse the urban sky-river. It would alleviate some of the ground-level traffic congestion, while offering a low-carbon, environmentally efficient way for employees to get to and from work as well as catch up on some much needed exercise. Apart from the daily commute, this system would play host to an annual race in the tradition of the dragon boat festival, pitting teams taken from London's boroughs in races across the city on the fifth day of the fifth month."

Heath Robinson's wildly inventive propositions - that do not always quite go to plan - also summarise for CJ the spirit of the Bartlett: "We are architectural inventors at the Bartlett. Sometimes our bold avant-garde proposals share a similar fate to Robinson's but they are always powerful enough to spark off other ideas and creative conversations."

'Heath Robinson's Helpful Solutions', an exhibition of Heath Robinson's cartoons highlighting his daft but genial solutions for the world in wartime and peacetime, runs at the Cartoon Museum from 5 July to 7 October.

To find out more about the exhibition and the work of CJ Lim, use the links at the bottom of this article.