UCL student societies and departments have taken over UCL' s very own West End theatre, The Bloomsbury, for the annual student season, a showcase of some of the best student talent and productions in London. 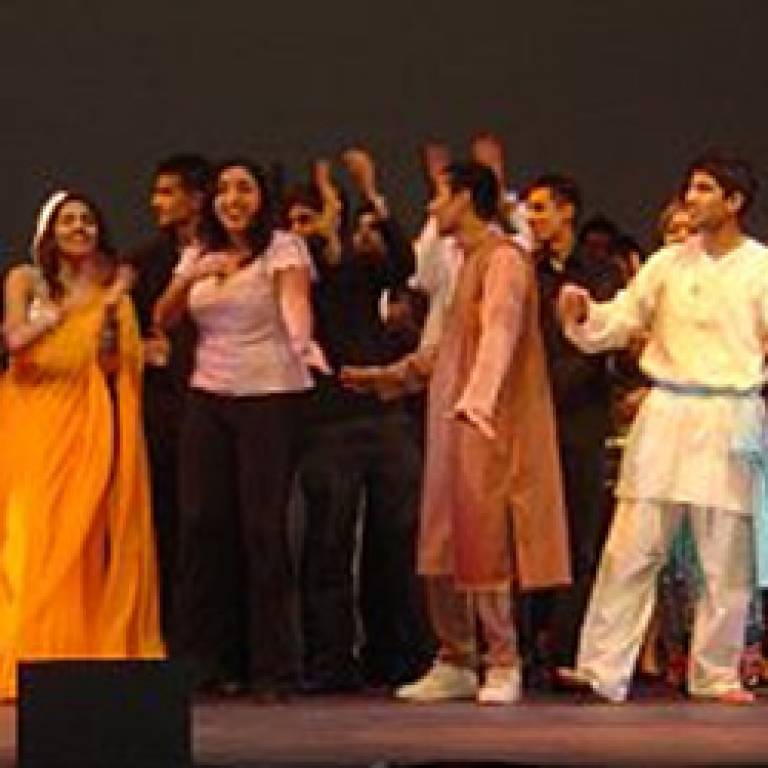 Frank Penter, Conferences, Development and Student Shows Coordinator at The Bloomsbury, said: "This season we are hosting an amazingly broad programme of events which highlights the diversity and talent at UCL. Already, we have seen the UCL Union Jewish Society's Nargilla Nights and the LGBT Society's version of Cinderella, with a packed season still to come."

On 6 February 2007, the UCL Union Indian Society presents 'Motherland - A Celebration of Unity'. A celebration of British multiculturalism, this show encompasses an astounding array of traditional Indian dances with a modern twist, comedy and drama.

The UCL Union Hindu Society brings us 'Rangeela 2007 - A Cultural Extravaganza' on 8 and 9 February 2007. An extremely popular annual variety show, Rangeela tickets have sold out the fastest of all the Bloomsbury's student productions in the last few years.

10 February 2007 sees the UCL Union Malaysian Society take the reigns for 'Malaysian Night 2007 - Sell Out', a sweeping tale of passion and pride, ambition and deceit, laced with a touch of romance and a generous side helping of chapatti.

UCL's School of Slavonic & East European Studies have teamed up with the Polish Cultural Institute to bring us the multi-award winning production of Ferdydurke on 13-17 February 2007. Ferdydurke is based on Witold Gombrowicz's first novel, a satirical work and cult classic.

On 19 February 2007, UCL Hebrew & Jewish Studies promise to warm the soul with an evening of 'Yiddish Ballads and Songs of the Heart'. Israeli jazz musicians Arik and Aviv Livnat and Dr Helen Beer (UCL) will bring a fresh sound of folk melodies embedded in light jazz, the ballads of Yiddish poet Itzik Manger, as well as known and little-known Yiddish songs.

One of the highlights of the season, UCL Greek & Latin put on their annual interpretation of a classical play on 21-23 February 2007, with two showings each day. Acharnians is one of Aristophanes' earliest surviving comedies, and serves as a good example of Old Comedy in Ancient Athens; the story of an Athenian citizen, Dikaeopolis, on a quest for peace during the Peloponnesian war.

The season's finale is a performance of Mendelssohn's opera Camacho's Wedding by UCL Union Music Society's UC Opera on 19, 21, 23 and 24 March 2007. Camacho's Wedding is a comic opera in two acts, based on an episode from Don Quixote. It follows the story of Quiteria, her lover Basilio and their attempts to avoid her marriage to the wealthy Camacho, arranged by her father Carrasco.