Public opinion and the international context of the American Civil War were pivotal to its outcome, argues Dr Adam Smith (UCL History) in a fresh examination of the period written for the general reader. 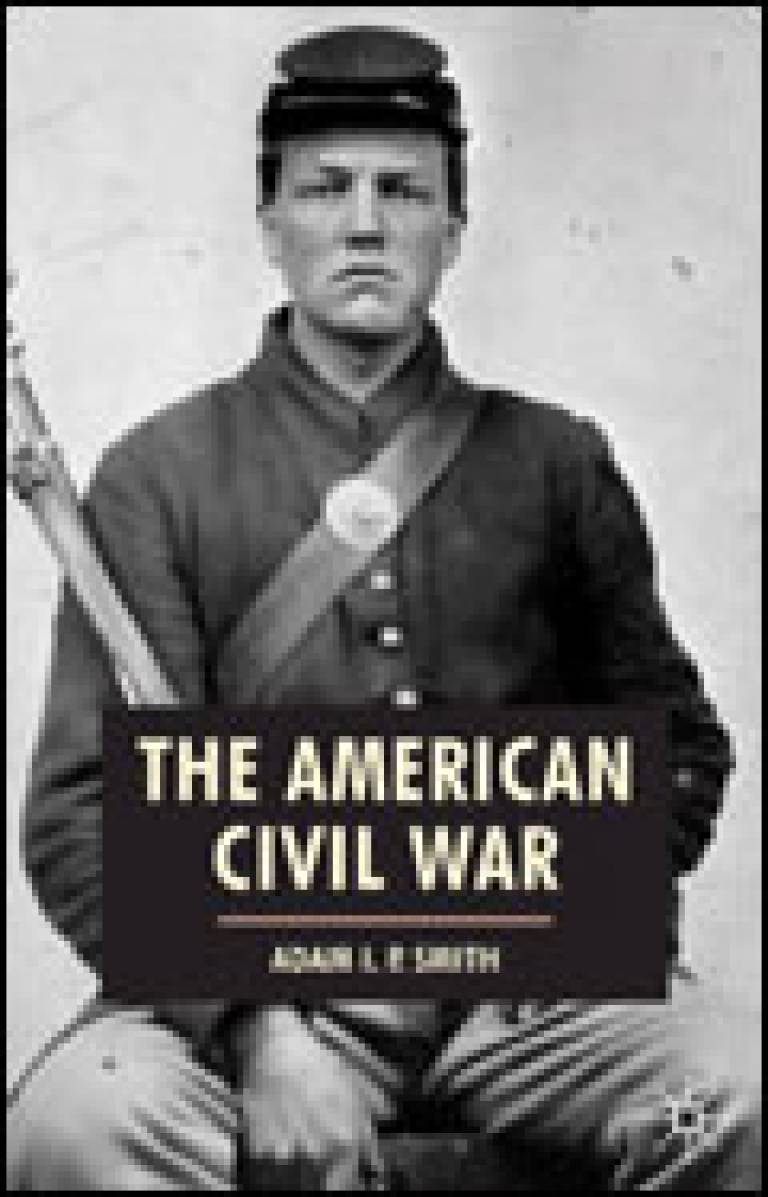 In 'The American Civil War', published by Palgrave Macmillan, Dr Smith explains how the real target of the Confederate military strategy was northern public opinion: General Lee wanted to demoralise the north, increase war weariness and undermine the war effort - a ploy in which he could have succeeded, Dr Smith believes, if Lincoln had not been so good at mobilising his supporters.

Dr Smith analyses warring America's relationship with Europe, in particular how the two influenced each other given the bloodshed that was also taking place across the Atlantic over national identity and state-building in the name of economic progress and modernity.

"Over the last twenty years there has been a revival of scholarly interest in the American Civil War," says Dr Smith. "It has become one of the most fertile areas of scholarship in American history, as historians have sought to reconnect the war with the social and cultural history of mid-nineteenth century America."

Dr Smith's book, which draws on findings published last year in his monograph 'No Party Now: Politics in the Civil War North', assesses the wealth of recent literature on the American Civil War, discussing research into the home front in the Union and the Confederacy, and the role of culture, gender, religion and philanthropic activity in shaping the wartime experience. Dr Smith considers new interpretations of Lincoln's success in light of his religious values and the significance of the ethno-cultural groups who formed the keystone of his support, as well as the re-examination of contemporary popular political participation in general.

The book is intended as a respectful tribute to a landmark work of the same name that was published in 1975 by Professor Peter Parish (UCL History 1950), Dr Smith's former PhD supervisor.

"Peter Parish's 'The American Civil War' is, in my opinion, the best single-volume history of the war ever written, and was widely praised at the time. As so much has been written on this subject since then, I wanted to write a book that would serve to update his version. He always wrote in an engaging way for a wide audience, and I have tried in this book to do the same," said Dr Smith.

To find out more about 'The American Civil War', follow the links at the top of this article.