Her Excellency Ms Barbara Tuge-Erecińska, the Polish ambassador to the UK, visited UCL last week to open the second international conference of CULPOLANG, a project developing multimedia applications for use in learning about Polish language and culture. 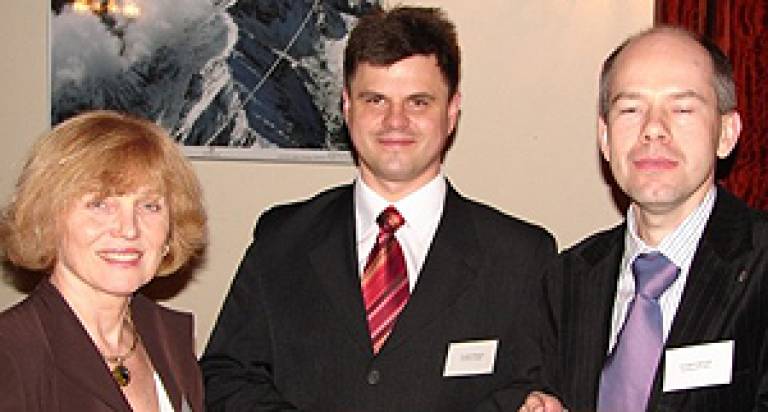 Dr Robin Aizlewood, Director of the UCL School of Slavonic and East European Studies (UCL SSEES), welcomed over 40 language specialists to the conference, which was organised in collaboration with Warsaw University, the Warsaw Centre for Student Research and Education and Vilnius University.

Staff from UCL language departments and the Centre of Excellence in Teaching and Learning joined with teachers of Polish from British universities and Polish educational institutions in the UK to hear Aniela Grundy (Language Unit Manager, UCL SSEES) introduce the CULPOLANG project, before presentations by a number of experts in the field.

Nigel Gotteri, formerly Lecturer in Russian and Slavonic Studies at Sheffield University, argued that Polish does not deserve its reputation as an extraordinarily difficult language, and described a number of ways in which it is friendly to learners. Waldemar Martyniuk of the Council of Europe discussed Polish language testing in relation to the European educational policy. Pawel Poszytek of Fundacja Rozwoju Systemu Edukacji (the Polish Foundation for the Development of the Education System) spoke about Polish as a foreign language within the Common European Framework, and Malgorzata Litwinowickz addressed the role of culture in teaching Polish as a foreign language.

Image: Aniela Grundy of the UCL SSEES Language Unit, with Grzegorz Borowski (left) and Grzegorz Śpiewak, both of Fundacja WCSRN