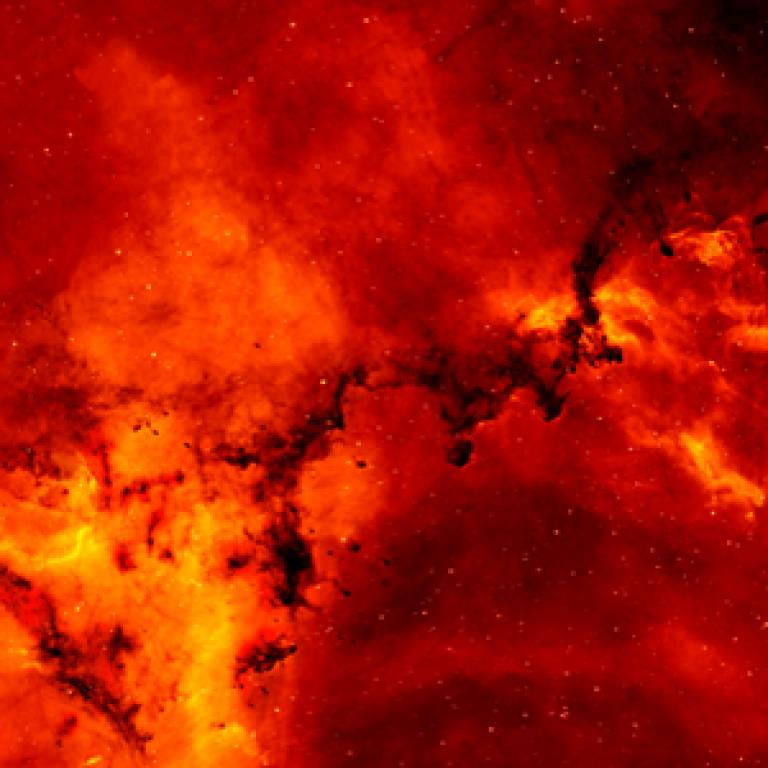 The deepest-ever survey of our galaxy has been released by a collaboration of more than 50 astronomers, including members of the UCL Circumstellar and Interstellar Environments Group.

The IPHAS consortium, led by the UK with partners in Europe, USA and Australia have been working for the past five years to produce the first comprehensive optical digital survey of our own Milky Way.

Conducted by looking at light emitted by hydrogen ions, using the Isaac Newton Telescope on La Palma, the survey contains stunning red images of nebulae and stars.  The data is described in a paper submitted to the Monthly Notices of the Royal Astronomical Society.

To date, the IPHAS survey includes some 200 million unique objects in the newly released catalogue. This immense resource will foster studies of the stellar demographics of the Milky Way and its three-dimensional structure.

Mr Nick Wright (UCL Physics & Astronomy) has dedicated his PhD studies to the survey. He said: "The current survey covers around 90 per cent of the Milky Way's northern hemisphere and we've got an incredible amount of data, but we have many more years of work ahead of us to map the southern hemisphere. We've detected new stars and discovered amazing detail on many objects that we new existed."

Dr Roger Wesson has been researching a newly identified nova inside a planetary nebula - the Nova Vul in the constellation of Vulpecula - a very rare star of its type and only the second ever discovered. "It's very rare to catch dying stars at his stage. We had an image of it before it exploded, surrounded by a shell of gas, so the survey provides us with unprecedented picture of how stars evolve, and this is just one small aspect of the survey. This huge dataset of our galactic neighbourhood will also help us understand external galaxies."

Professor Mike Barlow (UCL Physics & Astronomy) added: "One of the most interesting things about the survey is how it will be shared among the astronomical community. As well as being published on the web, it is also utilising the AstroGrid Virtual Observatory interface, so it can be automatically cross-reference with other data and will allow astronomers to make greater use of the survey. It represents how astronomers will share information in the future."

To find out more, use the links at the top of this item.

Image: The centre of the Rosette Nebula, as imaged in Hydrogen alpha emission in the IPHAS survey (Credit: Nick Wright/IPHAS)