The World Academy of Ceramics has invited Professor Mohan Edirisinghe, Chair of Biomaterials at UCL Mechanical Engineering, to enter the Academy as a professional member of the class 'Science'. 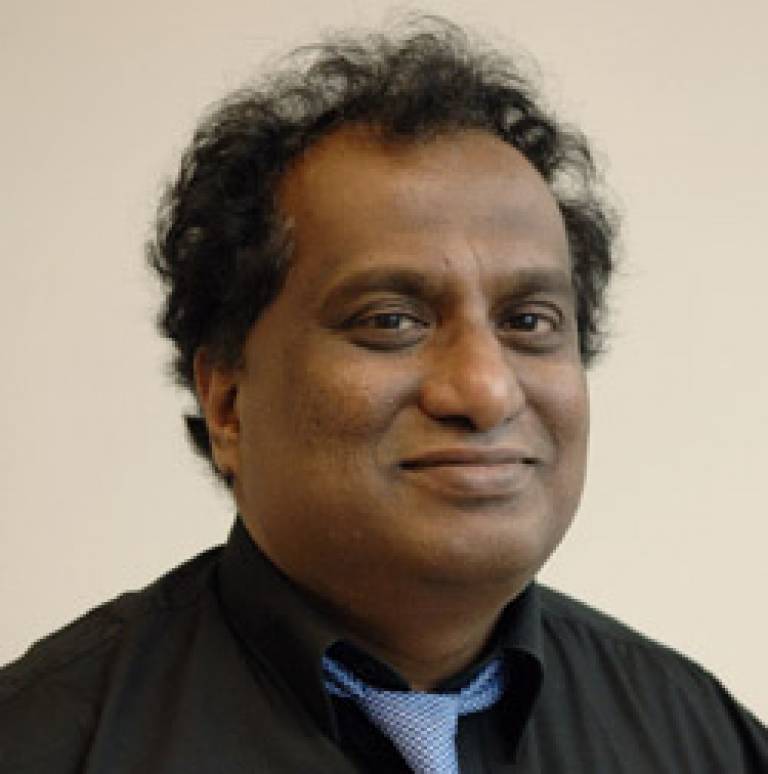 The honour is bestowed upon about a dozen leading scientists once every two years. One of the main objectives of the World Academy of Ceramics is to reward individuals who have made a significant internationally recognised contribution to the advancement of ceramics culture, science and technology.

Professor Edirisinghe, who also leads the UCL Centre for Materials Research, has made major contributions to advanced structural, functional and bioceramic processing and forming science, including the publication of over 200 papers in leading international journals over the last 20 years. He carried out pioneering research on developing unconventional methods for particulate deposition of advanced ceramics using polymeric carriers. He has supervised over 100 researchers originating from various parts of the world and has been awarded grants to the value of over £6 million, with over 20 EPSRC grants including two platform grants, enabling him to explore novel avenues for forming biomaterials and biostructures, mainly for medical and tissue engineering applications. He is the Editor-in-Chief of the 'Journal of Advances in Applied Ceramics' covering bio-, functional and structural materials. He is also the Associate Editor of the 'Journal of Bionanoscience'.

Professor Edirisinghe will be formally presented with the Academy Diploma at the opening ceremony of the World Academy of Ceramics Forum, to be held in Chianciano Terme in Italy in early July 2008.