UCL Bookshelf: 'Life in the Universe: A Beginner's Guide' 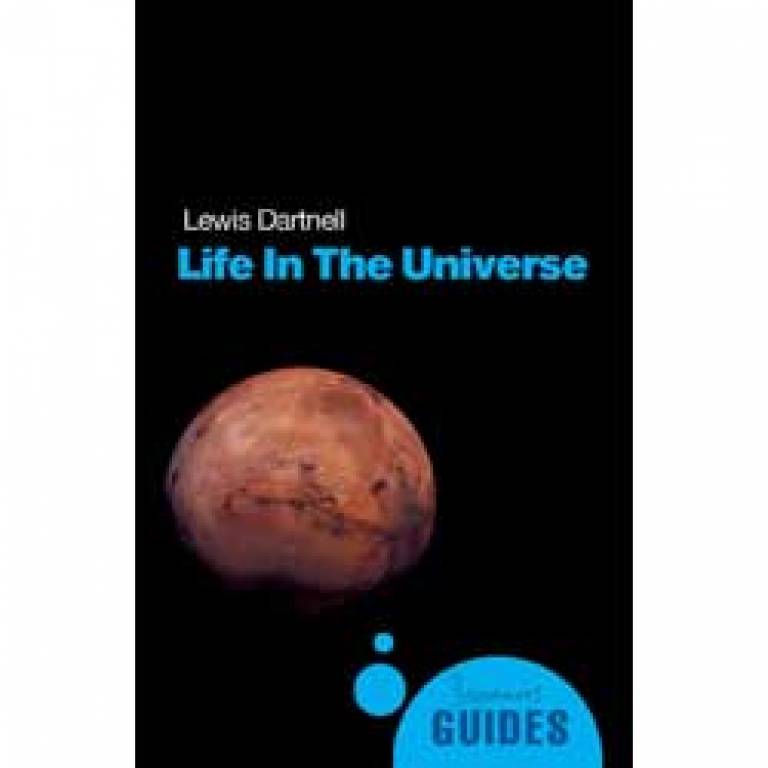 Astrobiology student Lewis has already won three national science writing prizes, including second place in the prestigious Daily Telegraph/BASF Young Science Writer Award. The possibility of extraterrestrial life has captured the human imagination for centuries, and has now taken shape into the interdisciplinary science of astrobiology. Scientists have been searching relentlessly for planets suitable for life, and have just come up with a promising candidate, an Earth-like planet 20 light years away.

In his book, Lewis explores the latest scientific findings, and tries to answer some of the field's most fundamental questions, such as the definition of 'life', how life emerged on our world, and where else in the cosmos life may have arisen.

Introducing some of the most extreme life forms on Earth - those thriving in boiling acid or huddled around deep-sea volcanoes - Lewis takes the reader on a tour of our solar system and beyond to reveal how deeply linked we are to our cosmic environment, and what we might find out there.

The book has already received favourable reviews from fellow astrobiologists and has been written both as a highly approachable account of the search for life 'out there' for the non-specialist reader, as well as an entry-level primer for students starting on all the new astrobiology courses appearing at universities worldwide.

For his doctorate, Lewis has written a computer model to simulate the propagation of space radiation through the Martian atmosphere and ground to predict where life might be able to survive on the planet.

The model is the first to examine the effects of cosmic radiation on possible life beneath the Martian surface in such detail. His results can help direct future probes to the best spots on Mars and how deep they need to drill to search for surviving microbes held dormant by the freezing climate.

Lewis said: "Finding hints that life once existed - proteins, DNA fragments or fossils - would be a major discovery in itself, but the Holy Grail for astrobiologists is finding a living cell that we can warm up, feed nutrients and reawaken for studying."

Image: 'Life in the Universe: A Beginner's Guide' by Lewis Dartnell