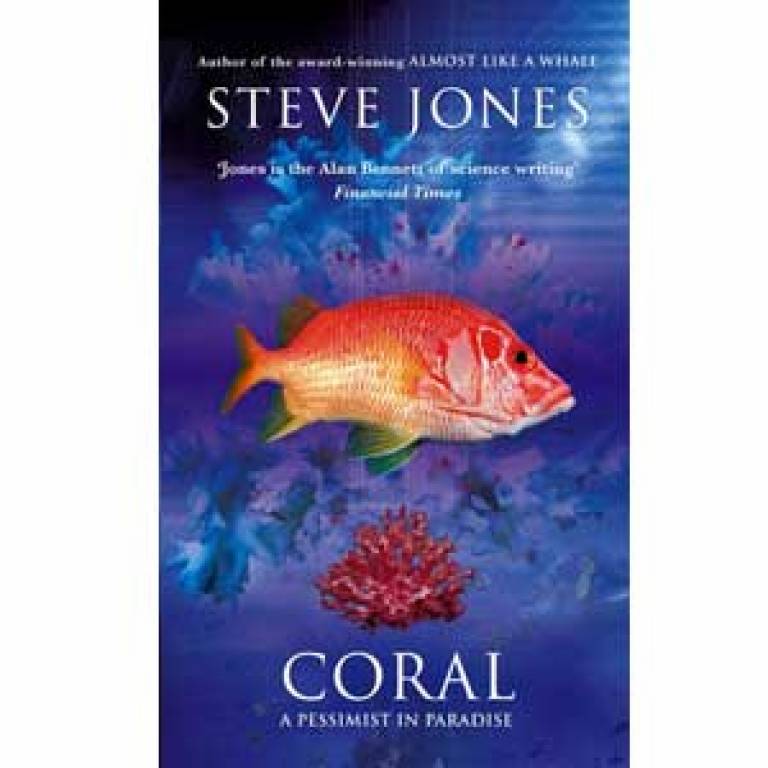 Coral polyps are tiny animals that divide as they grow to form colonies. Coral reefs are essential for the global ecosystem and many economies rely on them, but many scientists predict that 50 per cent of them might disappear by 2030, unless immediate action is taken.

In 1842, Charles Darwin illustrated the fragility and variety of coral in his first scientific book, 'The Structure and Distribution of Coral Reefs', published soon after his famous voyage across the Pacific Ocean aboard the HMS Beagle in the 1830s.

As Professor Jones states in the book: "Darwin's theory of how such places emerge from the depths is still accepted, but the reefs tell the tale of the earth and its inhabitants in many other ways. Some were known to the eminent naturalist, but most are new. Here I try to use them as the foundation for a literary edifice written in homage to Charles Darwin's magnificent work of long ago."

Published by Little, Brown, 'Coral: A Pessimist in Paradise' links science with history, politics and myth, taking in Captain Cook, Gauguin on Tahiti and atomic bombs on Bikini Atoll. It considers the relationship between immortality and cancer via Ovid, symbiosis with anarchism and Beatrix Potter. Professor Jones considers chaos, tsunamis and genetic disease on desert islands, and compares the ancient trade of coral for diamonds with today's oil industry.

Uncovering some of the truths that coral reveals about Earth's chequered past and uncertain future, Professor Jones illustrates how its fate is a warning that we, too, may be close to the point of no return.

Professor Jones said: "The reefs tell how life began and record many of the catastrophes through which it has struggled. As human folly threatens their paradise with premature demise, such places remind every one of us, pessimists or otherwise, that our own extinction is as certain as theirs."

Image: 'Coral: A Pessimist in Paradise'