Undergraduate Human Sciences student Jennie Cowan is appearing in the BBC2 documentary 'Extreme Dreams with Ben Fogle', which airs every evening next week. 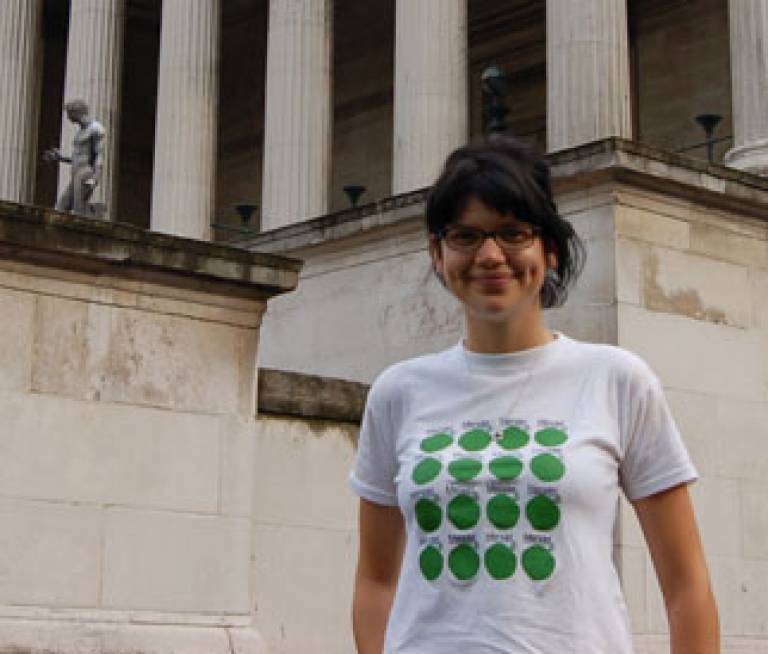 Jennie was one of a group of five participants to travel with Ben Fogle to mount Kilimanjaro in Tanzania, where they were monitored for their teamworking, resilience to pressure, and adaptation to the harsh environment. The programme's makers claim it is designed to "push people to their limits". The first series, which is being broadcast this week, sees a group trek to Machu Picchu in Peru, and later series will follow groups to the Arctic and the rainforests of Guyana.

On Jennie's expedition, after three days spent getting used to their new settings, on safari and meeting local people, the group embarked on a four-day ascent of Kilimanjaro. The mountain is the highest in Africa at 5985m, and any attempt to reach its peak is a considerable physical challenge and puts participants at risk of altitude sickness.

Jennie, now safely back in London and preparing to begin her second year at UCL, said: "It was quite a daunting experience. After I was selected to appear on the show, I was told I had three weeks to make sure I was fully fit before we flew to Tanzania. It all happened very quickly, and I only met the other people from the expedition at the airport when we left."

The selection process was itself quite tough - especially as Jennie did not really know what she was getting into straight away: "I got an email from my old Duke of Edinburgh award expedition leader, who said there was an opportunity to take the trip of a lifetime and gave me details of how to apply. If I'd known then that it was a TV show I probably wouldn't have done it." Soon after, she received a telephone call from the production company, and was later asked to do a screen test.

Jennie believes her background in outdoor activities stood her in good stead for the expedition. After years of involvement in the Scouts and Guides movement, she has been an active volunteer during her time at UCL, working at Freightliners Farm in London with the UCL Union's Voluntary Services Unit.

She said: "The best thing about the experience was visiting Africa. The wildlife and the people are amazing. When we reached the top of Kilimanjaro the summit is called 'Uhuru Peak'. It is above the clouds and the views from up there are incredible."

'Extreme Dreams with Ben Fogle' can be seen on weekday evenings from 6.30-7pm on BBC2. Jennie's Kilimanjaro expedition will be broadcast from 18-22 September.