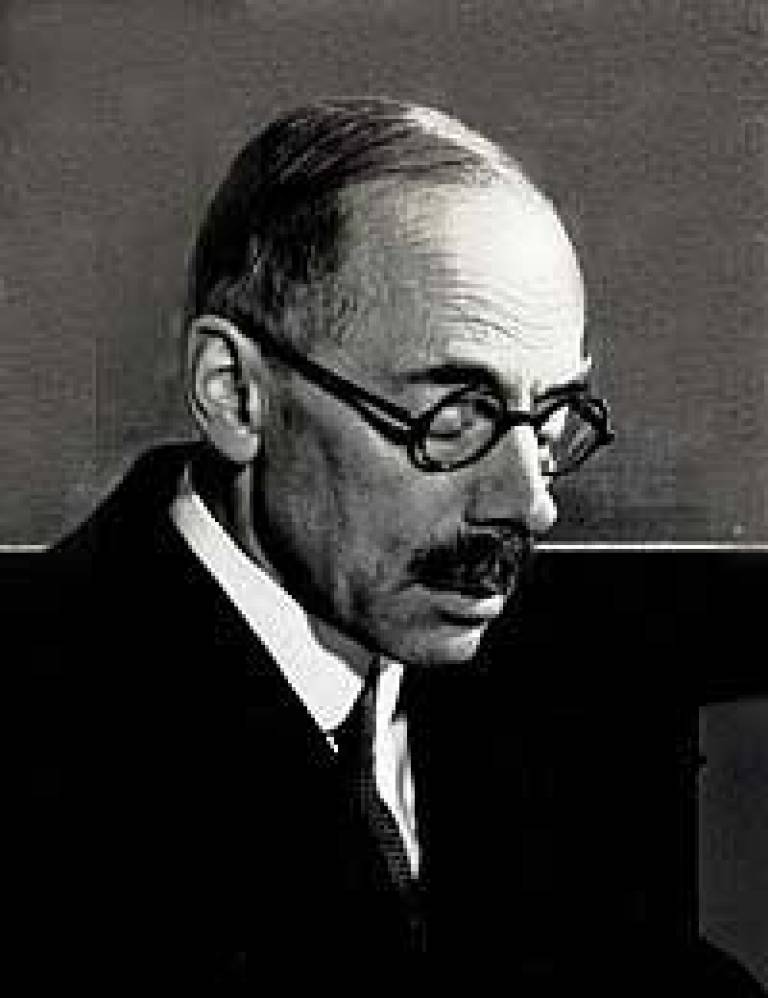 Born and raised in London, Daniel Jones studied at the École des Hautes Études at the Sorbonne (University of Paris), and at Cambridge University, going on to become Head of UCL Phonetics and Linguistics, and one of the most eminent phoneticians in the twentieth century.

Systematic teaching of Phonetics at UCL started in 1907 with the appointment of Professor Jones as a part-time lecturer. He was appointed head of the department in 1912, and became the first professor of the subject in 1921. By the time of his retirement in 1949, he had created a thriving department with a worldwide reputation.

The science of pronunciation

In 1909, he published his seminal 'Pronunciation of English', which went under many radical reviews until the fourth edition, which incorporates his lifelong work on English phonetics. It soon established itself as a standard textbook in universities where English is a foreign language, because it provides in a lucid and authoritative manner the basic information needed by foreign students of the language. Most of the book is devoted to a descriptive account of English pronunciation and includes illustrative texts in phonetic transcription and several regional varieties, Scottish and American pronunciation and reconstructions of Shakespearian and Chaucerian speech.

His famous 'English Pronouncing Dictionary' was published in 1917 and is still in print. This is where his 'cardinal vowels' made their first appearance.  The problem of accurately describing the correct pronunciation of vowels had been a longstanding problem for phoneticians around the world, and Professor Jones's cardinal vowel system provided a practical solution through reference vowels which for many years has been taught systematically to students.

The cardinal vowels system describes the height of the tongue arch together with the shape of the lips required to produce each vowel correctly, for which he produced a diagram. Tongue height is represented on the vertical axis and 'frontness' and 'backness' on the horizontal axis. Front vowels (such as e and a) have spread or neutral lip postures, but the back vowels (such as o and u) have increased lip-rounding as vowel 'height' increases. The International Phonetic Association still uses Professor Jones's model.

Jones arrived at a set of eight 'primary cardinal vowels', and recorded these on gramophone disc for HMV in 1917. He later added eight 'secondary cardinal vowels' to the diagram and also devised symbols for central vowels and positioned these on the vowel diagram. He made two further disc recordings for Linguaphone in 1943 and 1956.

With 'An Outline of English Phonetics' in 1918, he produced the first description of the standard pronunciation of any language. Professor Jones then turned his hand to the sound systems of other languages, including Cantonese, Tswana, Sinhalese and Russian. He also produced a description of an African tone language, helped develop new alphabets for African languages, and suggested systems of romanisation for Indian languages and Japanese.

It is widely believed that Professor Jones was the inspiration for George Bernard Shaw's character Professor Henry Higgins in 'Pygmalian'.

Image 2: Illustration from 'An Outline of English Phonetics'