Professor Wisia Wedzicha, Royal Free and University College Medical School, has been appointed to the Department of Health's External Reference Group, an expert panel for improving lung disease services in the UK. 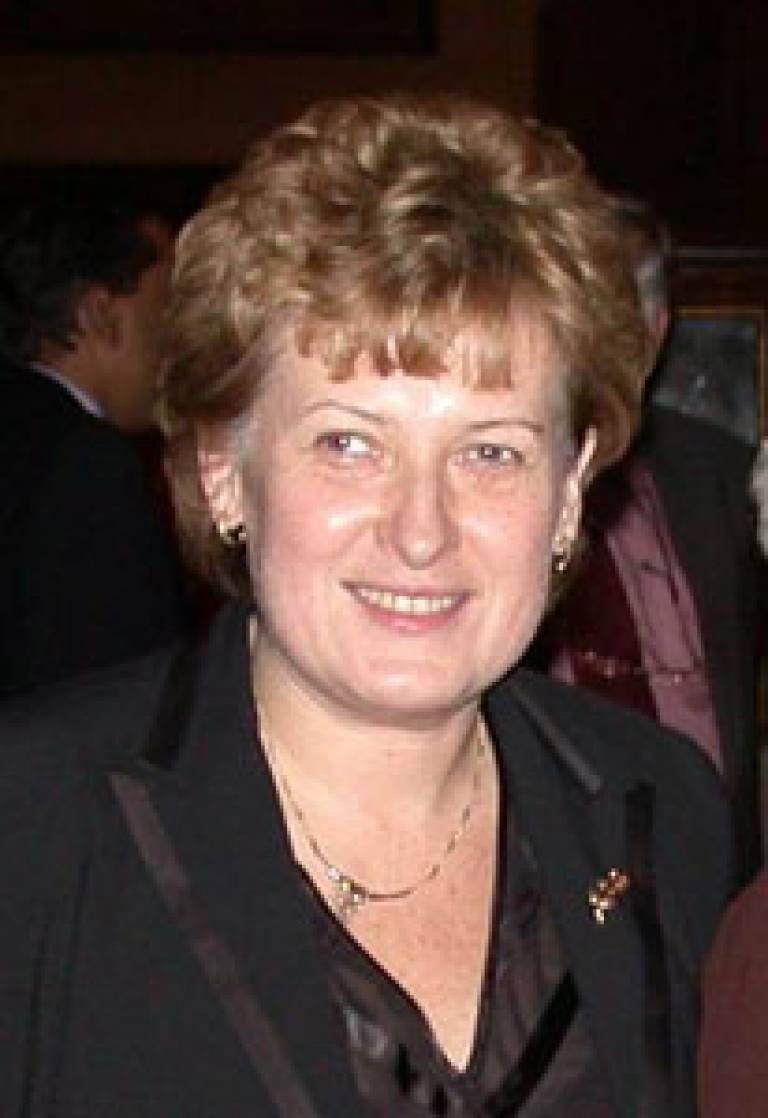 The panel has been put together to advise on the new National Service Framework (NSF) on chronic obstructive pulmonary disease (COPD), which is the collective name for a range of lung conditions including chronic bronchitis and emphysema. The move is designed to provide more choice in treatment, reduce inequalities in care and improve standards.

The panel of 19 is made up of health professionals, service users, carers and health service managers, each picked by ministers because of their expertise in their particular areas. Meeting monthly until Autumn 2007, the group will advise on the development of the framework, ensuring the needs of patients are met. Professor Wedzicha is one of two respiratory physicians appointed to the panel. She has published extensively on the causes and mechanisms of COPD, which is one of her major interests.

Professor Wedzicha said: "I am very pleased to be invited to join this panel. COPD is a very serious problem around the world and is getting worse in this country."

COPD is a progressive lung disease that causes shortness of breath and can lead to serious disability. The disease is primarily caused by smoking but, unlike some other lung diseases, symptoms do not abate if the sufferer stops smoking, although its progression can be slowed. It is most often diagnosed in older people and, as the population ages, it is an area of growing concern. Estimates of the prevalence of COPD vary from 1-4 per cent of the population. It is the reason for 12 per cent of all emergency hospital admissions, costing the NHS £253 million a year for emergency admissions and more than £800 million in direct NHS healthcare costs - equating to £1.3 million per 100,000 population.

A recent audit of healthcare provision for COPD found that patients are subject to a 'postcode lottery' in terms of the standard of treatment they are able to receive locally. The new NSF is being developed to provide national standards and markers of good practice. It aims to improve quality and access to COPD services, reduce inequalities and reduce healthcare utilisation costs.

Professor Wedzicha's appointment to the COPD panel follows on from her membership of the COPD Guideline Development Group for the National Institute for Health and Clinical Excellence. COPD has been her primary interest since about 1990, when she got involved in home oxygen services - which are often required by people with late-stage COPD. In 1996 she secured her first grant to study COPD 'exacerbations' - periods when a patient's condition worsens. Since then she has led or participated in research projects funded by the US National Institutes of Health, the European Union, the UK Department of Health and the British Lung Foundation.

Professor Wedzicha is Editor in Chief of the journal 'Thorax' and is on the editorial board of the 'American Journal of Respiratory and Critical Care Medicine'. She is also an expert on home ventilatory support and is the Chair of the British Thoracic Society working group on home oxygen therapy. While taking a strong lead in the research field, Professor Wedzicha nevertheless continues as a practising consultant at the Royal Free Hospital, seeing outpatients and doing clinical work.

As a practising doctor, Professor Wedzicha recognises the importance of improved services for COPD patients, and the impact on quality of life the condition can have: "We really need to find the people at risk of exacerbation and help them to avoid hospital admission through self-treatment and long-term preventive treatment. Of course, the biggest challenge is to stop people smoking, as that would dramatically reduce the numbers of people affected."