Academics from a range of disciplines attended a launch event on Tuesday to celebrate the opening of the London Centre for Nanotechnology (LCN). 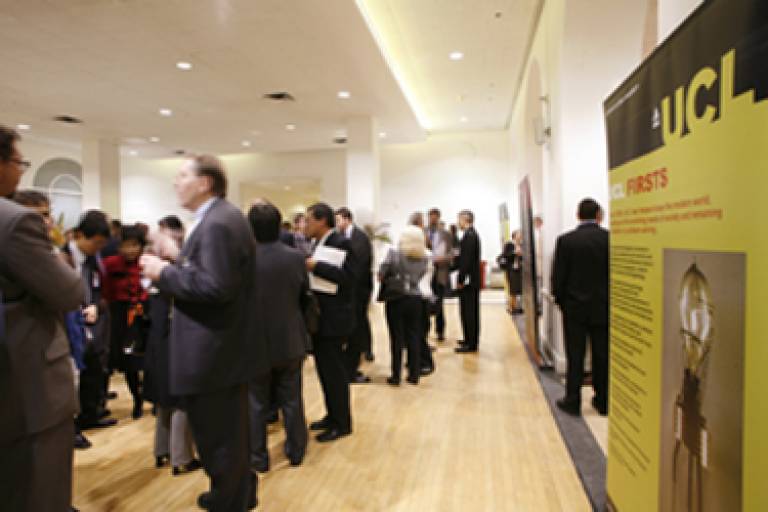 The event consisted of a symposium at the UCL Bloomsbury theatre, where speakers discussed the future of nanotechnology and its applications.

In his welcome speech, UCL President and Provost, Professor Malcolm Grant spoke about the value of collaboration, which will be harnessed by the cross-faculty and cross-institutional nature of the new LCN. Often, he argued, the best discoveries are made when academics are inspired to work in new ways.

Professor Sir Leszek Borysiewicz, Deputy Rector of Imperial College London, echoed Professor Grant in his comments about the enormous potential offered by collaboration between the two institutions, and added that London is now particularly well endowed with nanotech research facilities. The opening of the new London centre makes the London-Oxford-Cambridge 'triangle' the largest nanotechnology cluster in the world.

The Government's Chief Scientific Adviser and Head of the Office of Science and Innovation, Sir David King, spoke about the growth of nanotechnology and its development in the UK. There has been a great deal of investment in the area, with government taking an interest both in research and commercial development, which offers huge potential for the UK economy.

Closing the speeches, Dr Mark Walport, Director of the Wellcome Trust, said that he looked forward to receiving many high-quality funding applications from the centre, which is already proving itself to be at the forefront of research in healthcare

Also on the panel were the joint directors of the LCN, Professor Gabriel Aeppli and Professor Tim Jones.

After the symposium, guests attended a drinks reception in UCL's Jeremy Bentham Room. Many of the LCN researchers, from disciplines such as medicine, physics, chemistry and engineering, used the opportunity to discuss their work informally.

To find out more about the LCN, follow the link below.