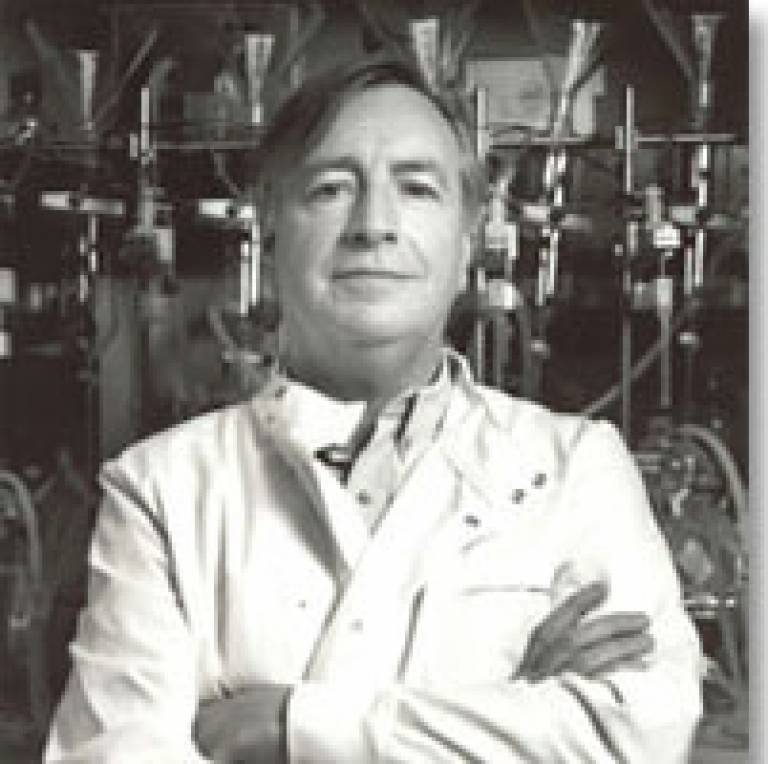 For the first time heart attack patients are to have their own stem cells injected into their hearts within a critical five hours of the attack to see if stem cells can improve quality of life and delay or prevent the onset of heart failure, a frequently seen complication of heart attacks.

The first clinical research project to be supported by the UK Stem Cell Foundation was designed by Professor Martin and Dr Anthony Mathur of Barts and the London NHS Trust.

Professor Martin said: "Taking heart attack patients to centres where their blocked coronary artery can be opened immediately has lead to significant increases in survival and decreases in the damage to heart muscle. Previous studies in the heart have shown that stem cell delivery to the heart is safe. We will show whether it works in acute heart attack. Our study combines the two new ways of treating heart attack victims for the first time."

David Macauley, Chief Executive of the UK Stem Cell Foundation, said: "This is the first known project of its type in the UK to combine stem cell delivery to the heart with primary angioplasty - where the blocked arteries in heart attack patients are opened as quickly as possible."

Professor Peter Weissberg, Medical Director of the British Heart Foundation, added: "In the future, stem cells could herald a new frontier for heart patients. We welcome research that helps us understand the potential role stem cells may yet play in treating heart disease and hope that this study will compliment the BHF's existing research in this area."

Over the last decade, a shift has occurred from people dying during the acute phase of a heart attack to those eventually dying from long-term effects, including heart failure.

At last estimates, 660,000 people were diagnosed with heart attacks in the UK. These figures are accompanied by a financial cost to the economy in the region of £7,000 million per year due to the direct effects relating to hospital admissions and prescriptions as well as the indirect effects on the economy due to loss of work force.

Heart attack patients brought to the London Chest Hospital (Barts and the London NHS Trust) and the Heart Hospital (UCLH Trust) for direct coronary intervention will be recruited for the study.

Following the intervention, a stem cell sample will be taken from the patient's own bone marrow. Once the cells have been prepared patients will receive the sample into the previously blocked artery.

Dr Mathur said: "If we can demonstrate improvement in the quality of life of patients then this will be a significant step forward in the treatment of heart disease. Because the stem cells are taken from the patient themselves there are minimal ethical issues surrounding this procedure. There is also less likelihood of rejection complications."

The London Development Agency, which has provided 50 per cent of the funding required to support the project, said: "London is a world leader in scientific and clinical knowledge and has unique strengths in stem cell research. The London Development Agency is committed to driving this talent forward from research to business development and to supporting advances in the life sciences industry for improving health."

Private funding has been donated by Mr William Bollinger, co-founder and retired Limited Partner of Egerton Capital, and his wife, Mrs Judith Bollinger. The Bollingers said: "We are thrilled to support Professor Martin, Dr Mathur and their dedicated team as they bring hope to so many at risk of suffering the long term, debilitating effects of heart attack."

This is the first research grant to be awarded by the UK Stem Cell Foundation, which was established in December 2005 specifically to support translational stem cell projects which move basic stem cell techniques into the clinic.