The Queen has presented Professor Linda Partridge (UCL Biology) with an award for research into ageing from Help the Aged. 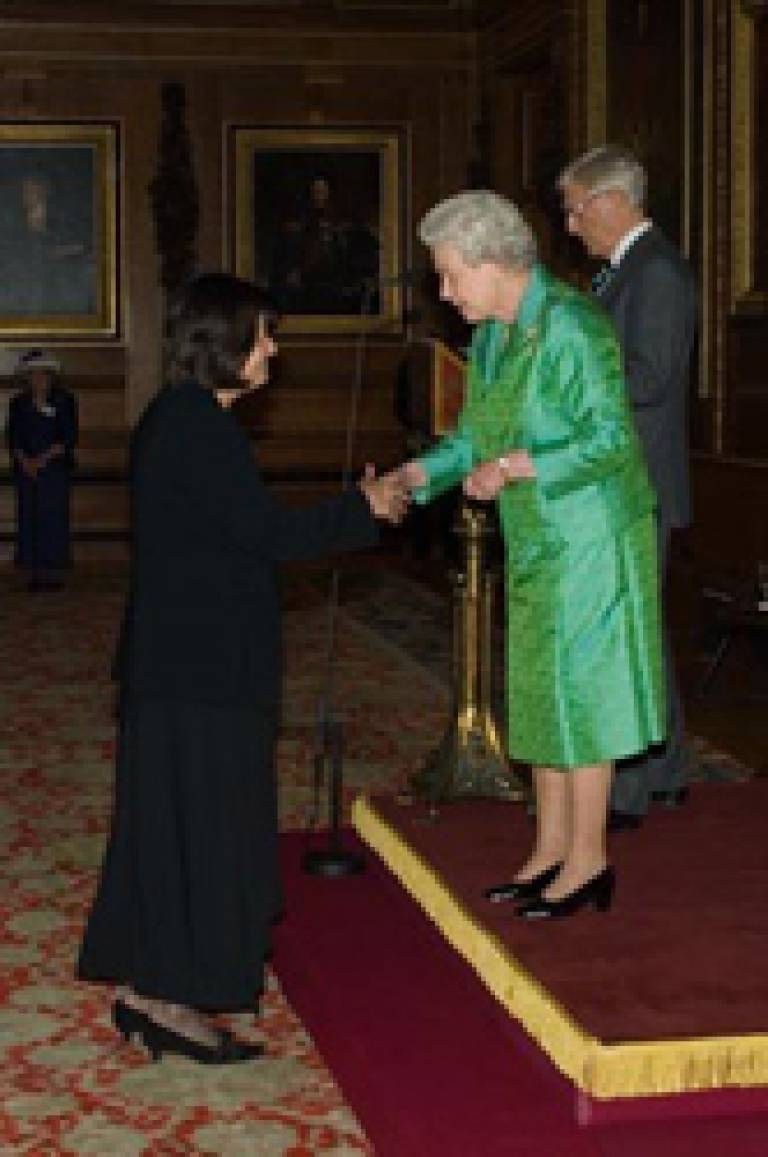 Given during the charity's Living Legends awards ceremony at Windsor Castle, the award is in recognition of Professor Partridge's leadership in the scientific field looking at ageing, and for research breakthroughs that are paving the way towards healthier ageing in the future.

A groundbreaking evolutionary biologist, Professor Partridge's work has shown that there are similarities in the ways that different organisms age, opening the way to making rapid progress with simpler organisms to understand human ageing. She has pioneered the investigation of the relationship between ageing, dietary restriction and insulin-signalling pathways. The discovery of the widespread importance of the insulin-signalling pathway in ageing has also raised the prospect of identifying targets for drugs that may improve health during ageing.

One of the Help the Aged award judges, Professor Janet Lord (Chair of the Research Advisory Council and academic at the University of Birmingham), said: "Professor Linda Partridge CBE has been an unstinting exponent and champion for ageing research in the UK for over 10 years.  She is truly unravelling the mysteries of how humans age, working to discover how ageing gives rise to the ailments of later life and how to treat them."

Professor Partridge is currently working on a three-year study, funded by Research into Ageing (the biomedical research arm of Help the Aged), the Wellcome Trust, BBSRC, NERC and the Leverhulme Trust, using the fruit fly (Drosophila) as a model organism to discover genes and mechanisms that determine the rate of ageing. The work focuses particularly on the insulin/IGF-like signalling pathway, dietary restriction and resistance to stress, but also looks at the physiological mechanisms that force organisms to make trade-offs, such as that between high nutrient intake and high reproductive rate, on one hand, and slow ageing on the other.

Of the award, she said: "The prospects for making real progress in understanding mechanisms of ageing have never been brighter. It has been an honour and pleasure to be part of the community of scientists researching into ageing in the UK and to see it honoured by this award."