A new book on a little-known chapter of Romanian history by Professor Dennis Deletant, UCL School of Slavonic and East European Studies, has been published. 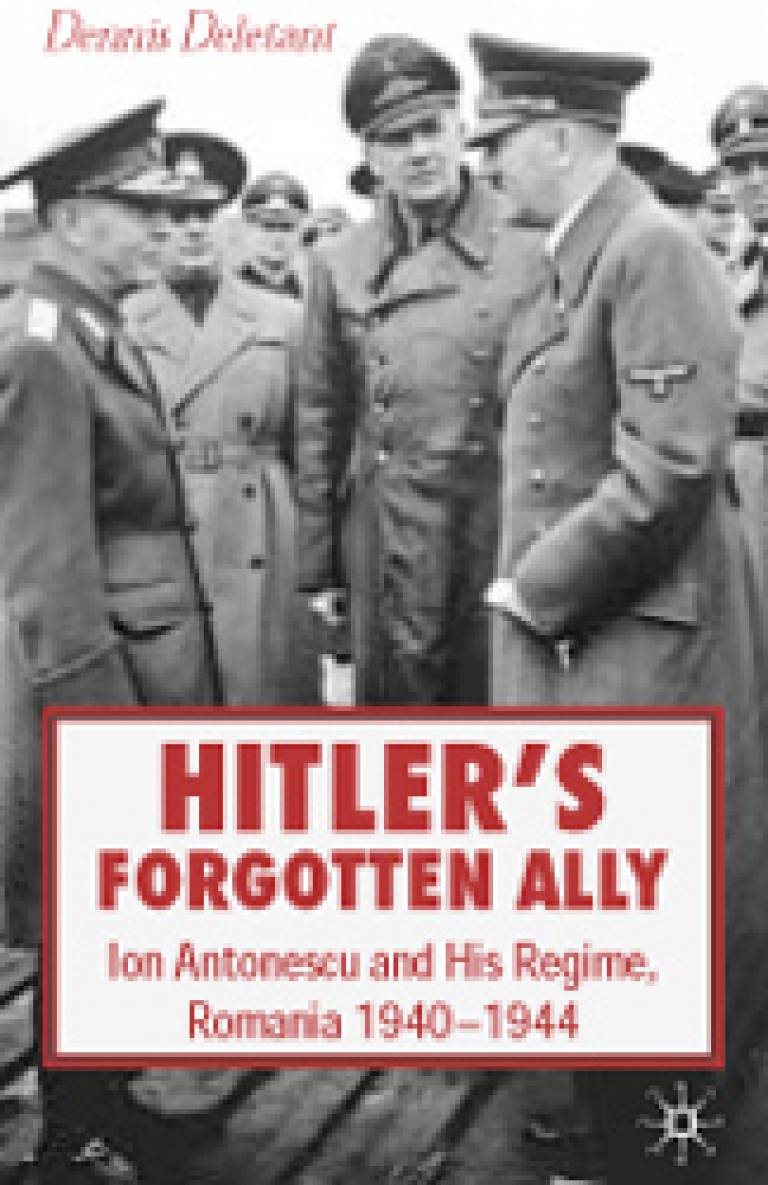 'Hitler's Forgotten Ally. Ion Antonescu and his Regime, Romania, 1940-1944' looks at the role of the totalitarian regime in Romania during the Second World War. Romania was an important ally of Nazi Germany in military terms, in terms of providing natural resources to Germany, and most disturbingly, in its contribution to German policies towards Jews and other minorities.

This part of Romanian history is not widely recognised among historians outside Eastern Europe, because no biography of Antonescu exists in a major European language. Professor Deletant wrote the book to provide detailed information on events during the war, a period about which knowledge has been patchy until now.

Professor Deletant was awarded a nine-month William Rosenzweig Family Fellowship to conduct research in the archives of the Advanced Center for Holocaust Studies of the United States Holocaust Memorial Museum in Washington DC. The archives contain microfilmed copies of documents generated by the authorities in Romania and Romanian-occupied Transnistria, now part of Ukraine, during the Second World War. Professor Deletant is one of only a handful of historians to have been granted access to these records.

He said: "Before I embarked upon this project I viewed Antonescu and his regime with a measure of cold detachment. Yet the intimacy of contact with the documents left an indelible mark upon me. It was, I hope, not a mark that led me to abandon impartial analysis. Exposure in the Washington archives to the details of the atrocities perpetrated by the Romanian authorities against Jews and Romas (Gypsies) alerted me to the criminality of the Antonescu regime."