Sir Francis Galton's fingerprint box, from UCL's Galton Collection, has been voted by the public to stand alongside Bagpuss and Shackleton's compass in the BBC's virtual 'People's Museum'. 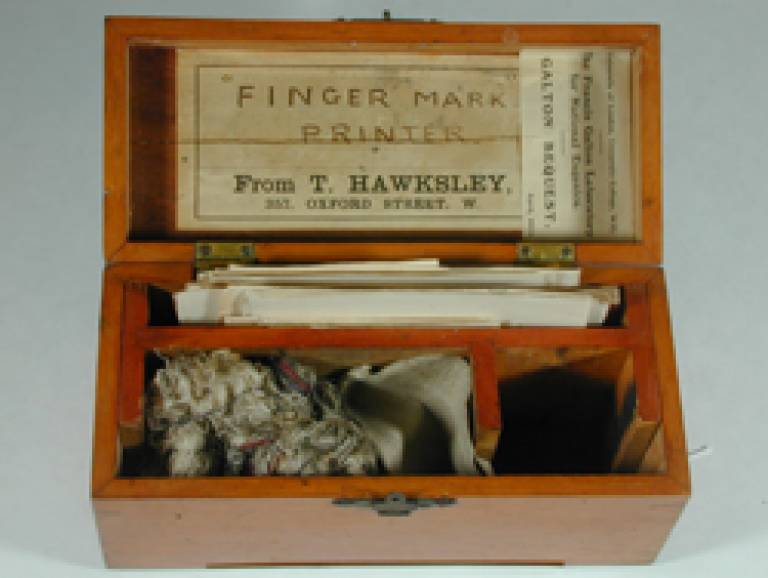 The box was featured on BBC2's television programme 'The People's Museum', during which various artefacts are pitted against each other in competition for a spot in the museum.

Sir Francis (1822-1911) was a Victorian gentleman who became pioneer of pretty much everything to which he turned his hand. Arguably, his most impressive legacy has to be the discovery that fingerprints can be used as a method of identification - a development that has revolutionised policing.

He established what would become the Galton Laboratory at UCL in 1904, and today, the UCL Galton Collection comprises the scientific instruments, papers and personal memorabilia of Sir Francis. The collection has around 500 objects and is housed in UCL Biology.

An obsessive data collector, Sir Francis's fingerprint box was used to collect thousands of data sets, along with hair samples, eye colour and facial distinctions. The huge amount of data he collected could not be fully analysed until the age of data analysis software.