Professor Patrick Vallance, Head of the UCL Division of Medicine and Professor of Clinical Pharmacology, has been named Senior Vice-President, Drug Discovery, at GlaxoSmithKline (GSK), with effect from 1 May 2006. 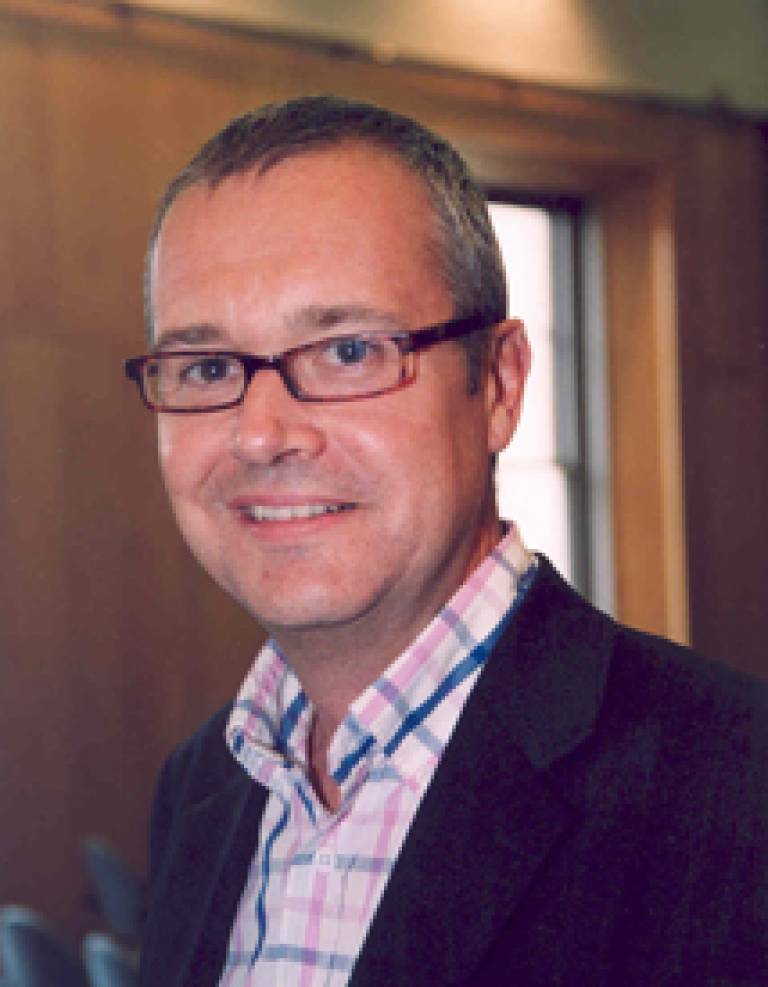 Professor Vallance said: "I am looking forward with great excitement to joining GSK as Head of Drug Discovery, especially as the pipeline of new candidates is so promising. I believe that my experience of high-quality multidisciplinary biomedical research at UCL combined with my clinical expertise will stand me in good stead."

Professor Malcolm Grant, President and Provost of UCL, though greatly regretting the departure from UCL, welcomed the move as a reflection of the mutually beneficial interaction between universities and industry: "Patrick's contribution to UCL has been outstanding and has furthered the transfer of laboratory discovery to clinical practice. The exchange of ideas between academic scientists and pharmaceutical companies is essential to progress healthcare, and the transfer of personnel between the two sectors complements this exchange."

GSK Drug Discovery manages the progression of potential drugs in the middle stages of research and development, from when they are considered promising leads, to when they have reached 'proof of therapeutic concept'.

In his current position, Professor Vallance manages one of the most research-intensive departments of medicine in the UK. He also maintains a practice in general internal medicine, cardiovascular medicine and clinical pharmacology. He has served on the R&D Advisory Board at GSK since 2004.

Dr Tachi Yamada, Chairman of GSK Research & Development, said: "Patrick combines scientific accomplishment with clinical insight born of broad experience in caring for patients. He has managed a staff of diverse scientific disciplines, and he understands the interdependence of different types of biomedical-research organisations, whether they are found in industry, academia, or government. We look forward to his leadership as our CEDDs sustain their strong record of filling our pipeline with promising new medicines."