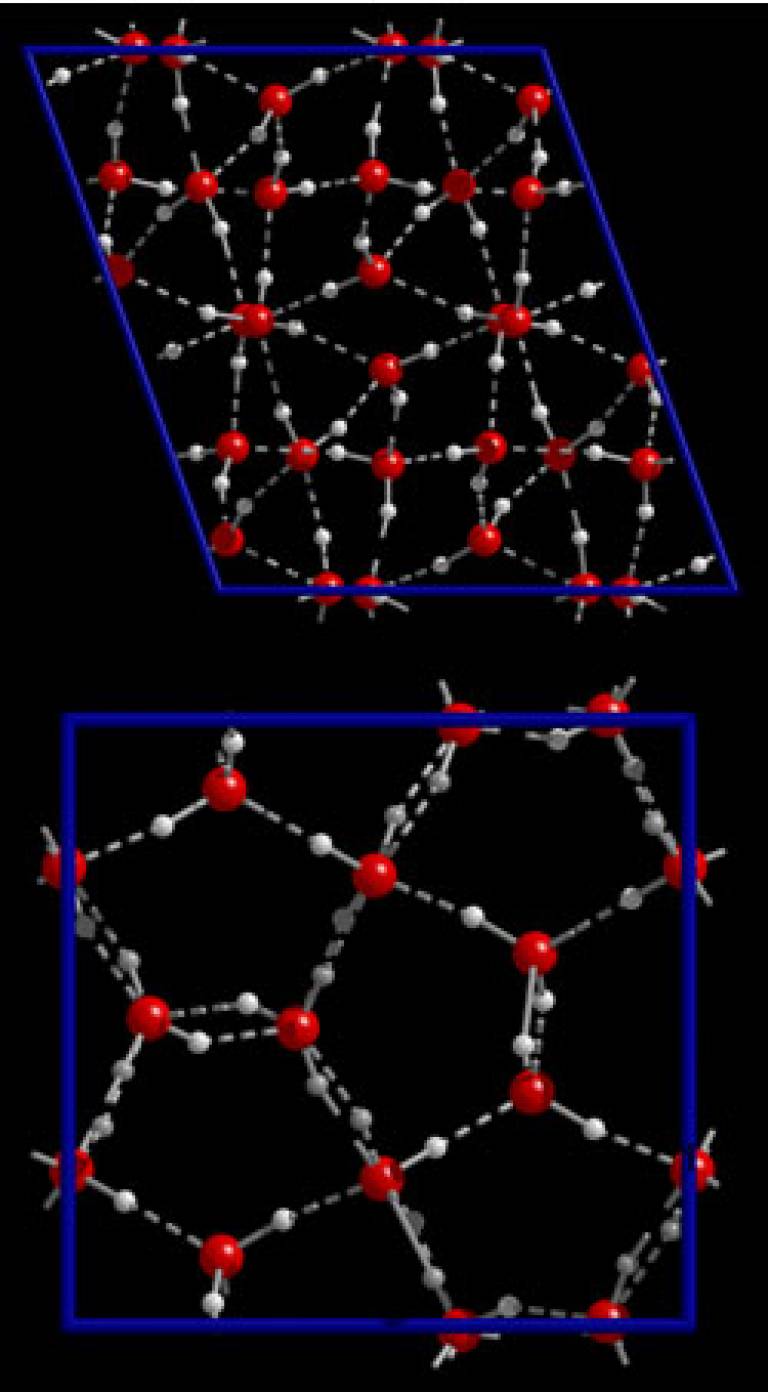 Water's simple molecular structure, two hydrogen atoms bonded with a single oxygen atom, can form into many different crystalline arrangements (ices) at different temperatures and pressures. Previously, scientists had identified 12 different structures, but it has been known for some time that, theoretically, more could exist. The new ices, known as ices XIII and XIV, form at around -160 degrees Celsius.

It is difficult to create new ice structures because it involves controlling the behaviour of molecules at very low temperatures. Professor Christoph Salzmann, from the Chemistry department at Oxford University, explained: "We had to search for a catalyst, which would enhance molecular mobility at low temperatures and encourage the phases to form."

The method the team came up with was to add a small amount of hydrochloric acid and apply pressure to ordinary ice. They obtained the atomic structures of the new material using a neutron beam at ISIS, the pulsed neutron facility at the CCLRC Rutherford Appleton Laboratory in Oxfordshire. Professor Finney said: "Scientists have been searching for such a formation recipe for over 40 years. Having now found it, the way looks open to finally completing our knowledge of the crystalline behaviour of this amazing - yet critically important - simple molecule."

A proper understanding of the structures of the different ices can help us to understand water itself, which is fundamental to many biological, chemical and physical processes. Ice is an essential aspect of the Earth's climate, as the polar ice caps reflect light from the sun back out into space and help to regulate the temperature of the planet. Unlike most crystalline materials, the ordinary ice in your freezer floats - a vital fact for many ecosystems. For example, when a lake freezes from the top down, it traps warmth for animals living below the ice layer. While these new ices, obtained at extremely low temperatures and high pressures, may not occur naturally on Earth, it is thought that they may exist on some of the moons of outer planets of the solar system.

To find out more about Professor Finney's work, follow the link at the bottom of this article.

Image: The molecular structure of ices XIII (top) and XIV