Dr Adam Gibson (UCL Medical Physics &amp; Bioengineering) has developed an interactive CD that will be used by GSCE students across the country from September 2006. 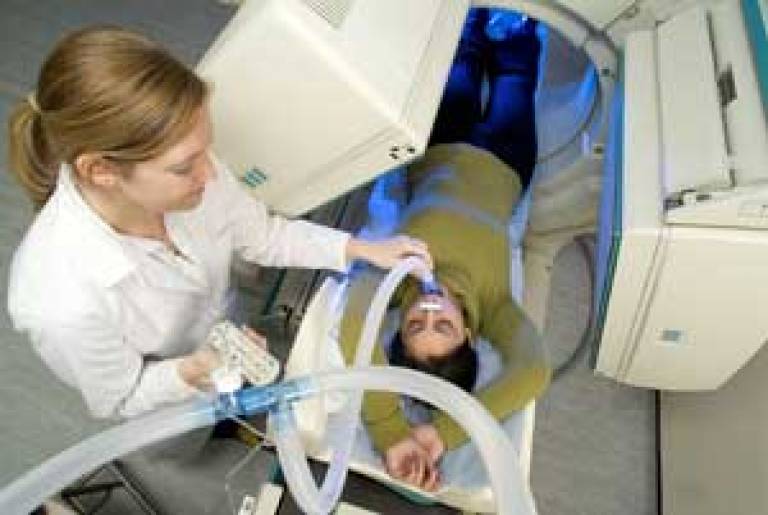 Funded by the Engineering & Physical Sciences Research Council, the Institute of Physics and the Institute of Physics and Engineering in Medicine, the CD is part of a pack developed by Dr Gibson, which also contains three Powerpoint lessons on the electromagnetic spectrum, radioactivity and ultrasound, plus two booklets and three posters. It is also supported by online material. The pack is being sent to every secondary school in the UK and aims to get more young people interested in physics.

Medical physics is the use of physics techniques for medical diagnosis and treatments and includes x-ray imaging, radiotherapy and the use of lasers.

The pack has been tried at a handful of schools already, and has received positive feedback. Dr Gibson added: "Medical physics applications are all around us, such as ultrasound scans of babies, so it's attractive from that point of view. A lot of students will never have seen an MRI scanner, so the CD includes a movie of someone being scanned to show how it works, how big it is, and what kind of noise it makes."

Dr Gibson added: "We've found that medical physics is equally attractive to boys and girls, so hopefully, this will encourage more girls to continue their physics studies."

Image: A ventilation/perfusion scan being performed, as featured on the CD