Landmark report on the state of the world's deserts

The world's deserts are facing dramatic changes - but not all of them are negative, according to a new report from the United Nations Environment Programme. 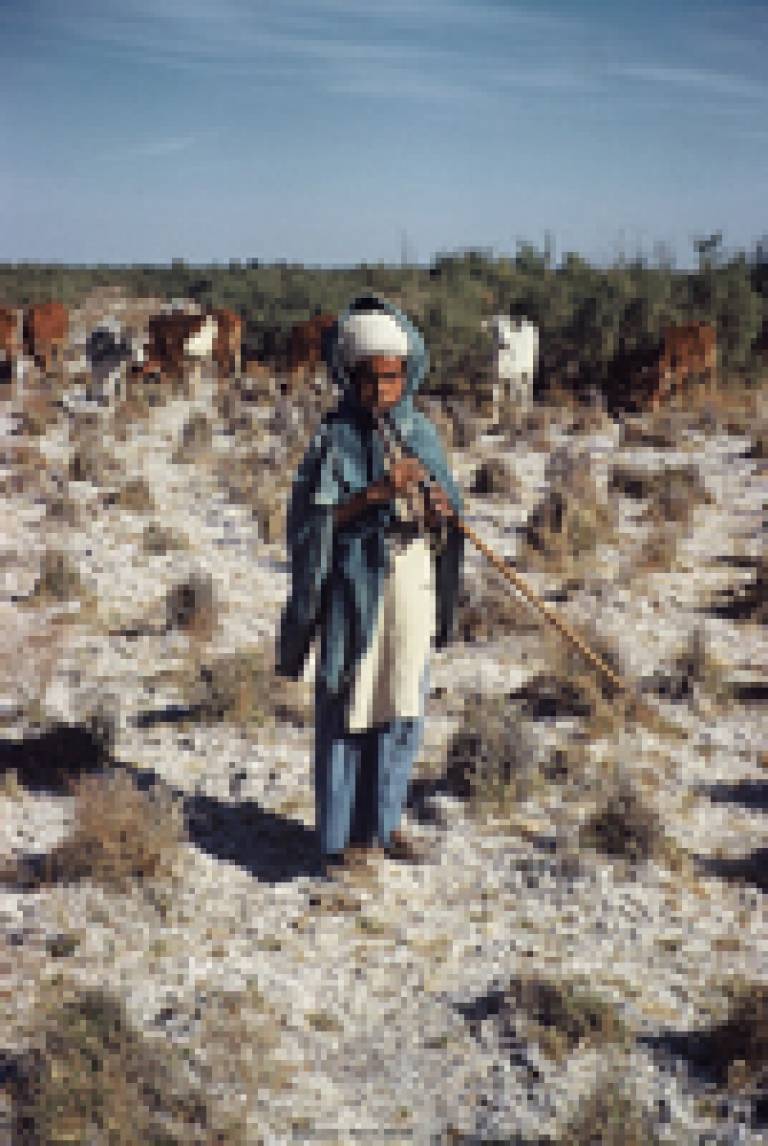 Global climate change, high water demands, tourism and salt contamination are threatening the survival of areas within deserts that have supported people, wildlife and water supplies for millennia. In addition to these usual suspects, the report finds that the growing number of military training grounds, prisons and refugee holding stations resulting from global and regional instability are aggravating the problem.

"I have worked in deserts for 45 years and never fail to be astonished by their physical environment and life forms, or by the extraordinary people who live, survive and thrive in them. What alarms me now is that they are threatened as never before," said Professor Andrew Warren (UCL Geography), a lead author of the report.

In less than 20 years, renewable supplies of water from large rivers that feed deserts will be severely threatened. These include the Tigris and Euphrates in southwestern Asia, traditionally viewed as the birthplace of civilisation. Salinisation of soil has been observed across Western China, India, Pakistan, Iraq and Australia, and is set to increase, while seawater has reached 20km inland of Libya's shores.

Deserts, which cover almost a quarter of the earth's surface and are home to over 500 million people (more than previously thought) are particularly susceptible to global warming. The rise in temperature recorded between 1976 and 2000 led to a 16 per cent drop in rainfall in the Dashti Kbir desert in Iran over the same period, and a rise of up to eight per cent in Egypt's Western Desert.

"We risk losing not only astounding landscapes and ancient cultures, but also some amazing wild species, which, ironically, may hold some keys to our survival. Many have unique adaptations and genetic make-up which may contribute to new crops and livestock capable of coping with a rapidly warming world," added Professor Warren.

While species of gazelle, oryx and others are on the brink of extinction, farming of crustaceans and fish - which thrive in desert conditions - offer new, potentially environmentally friendly livelihoods. Nipa, a Mexican grass that draws on pure seawater to produce grain, could become a major global food crop.

Our health could also benefit from innovations in aquaculture. The microalgae Haematococcus are being grown for their pigment, which reputedly strengthens the immune system, alleviates muscle fatigue and slows skin ageing. The trade in naturally occurring desert plants that have medicinal properties, such as anti-cancer and anti-malarial substances, is expected to grow.

Deserts could also solve our growing energy appetite. Some experts believe that 640,000 square kilometres of desert like the Sahara could capture enough solar energy to generate more than enough energy to supply electricity to the entire world.

The Global Deserts Outlook report, based on the study of 12 deserts around the world, presents governments with policy options to help deliver a more sustainable future for these extraordinary regions.

To read the full report, follow the link at the bottom of this article.