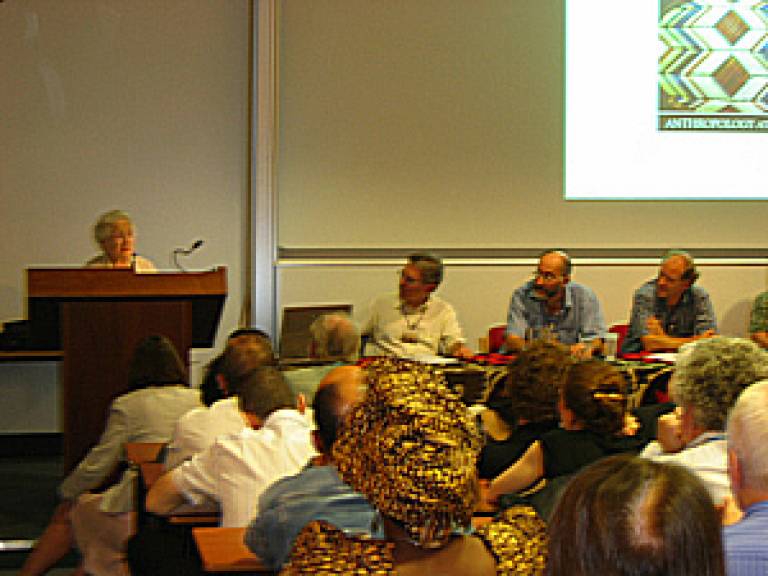 Current and former staff and students gathered in the bright courtyard to celebrate the consolidation of the department on one site. For many years UCL Anthropology has been housed over several sites, including at one memorable stage, as former head of department Professor Leslie Aiello recalled, a basement room so vulnerable to flooding that a garden pump was installed.

Such conditions are now a distant memory, and the department - which was one of only two in the country to receive a five-star rating in the last Research Assessment Exercise - now has premises to reflect its status.

Professor David Parkin from Oxford University lauded the holistic approach to anthropology at UCL, which other departments in the country are following, while Professor Dame Marilyn Strathern from Cambridge University remarked upon the unparalleled total of 12 undergraduate and postgraduate course options that the department offers.

As UCL President and Provost Professor Malcolm Grant summarised, "Anthropology has been studied at UCL for nearly 60 years. This wonderful new building appropriately represents the way anthropology here has developed into a world-class discipline."

Professor Mary Douglas, an honorary fellow of UCL who is regarded as laying the foundations of the study of anthropology at the university, opened the proceedings, followed by three discussion sessions.