The Technology Management Group at the UCL Mullard Space Science Laboratory is to play a key role in running the new Photonics Knowledge Transfer Network, launched by the Department for Trade and Industry (DTI) in July 2006. 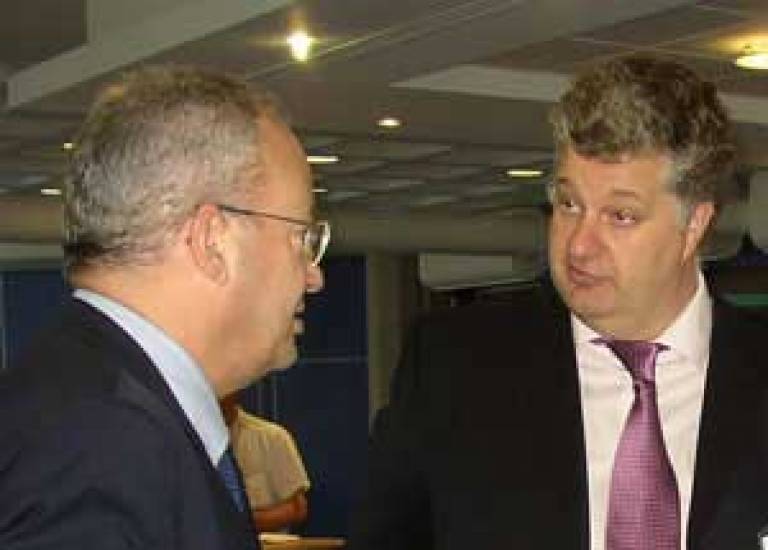 The new network is the latest addition to a number of knowledge transfer networks (KTNs) sponsored by the DTI. The Photonics KTN will bring together businesses, designers, research and technology associations, the financial market and academia across the photonics and optics community with the aim of providing a range of activities and initiatives to enable the exchange of knowledge and the stimulation of business innovation.

Photonics is concerned with the transmission and manipulation of information and energy in the form of light (photons), rather than electricity, with the benefit of requiring less energy. Photonics technology has a wide range of applications including mobile phone displays, broadband connections and sensors, in industries as diverse as transport, security, communications, healthcare and energy.

The global market for systems reliant on this fast-developing technology is already over £150 billion, and in many respects the UK is a world leader is photonics research and development. The new KTN will be a major boost for collaboration between the UK's photonics experts and will advise government on photonics industry matters.

UCL's Technology Management Group (TMG) led the £3.3 million bid to secure the new network, which is currently being directed by UCL's Dr Steve Welch. The TMG is very much at the forefront of the national knowledge transfer community. As well as its high profile in the successful Knowledge Transfer Partnerships and Knowledge Transfer Networks, including its precursor the Smart Optics Faraday Partnership, it is also very influential in the development and promotion of effective technology translation practice, and in related fields such as technology planning.

Dr Welch said: "The TMG is very involved in all aspects of knowledge transfer, and our key role in the Photonics KTN is a direct result of the Faraday Partnership. The DTI sponsorship enables us to dedicate time that other people don't have to do necessary networking; finding out who's got what and who needs what, and bringing them together to find workable solutions."