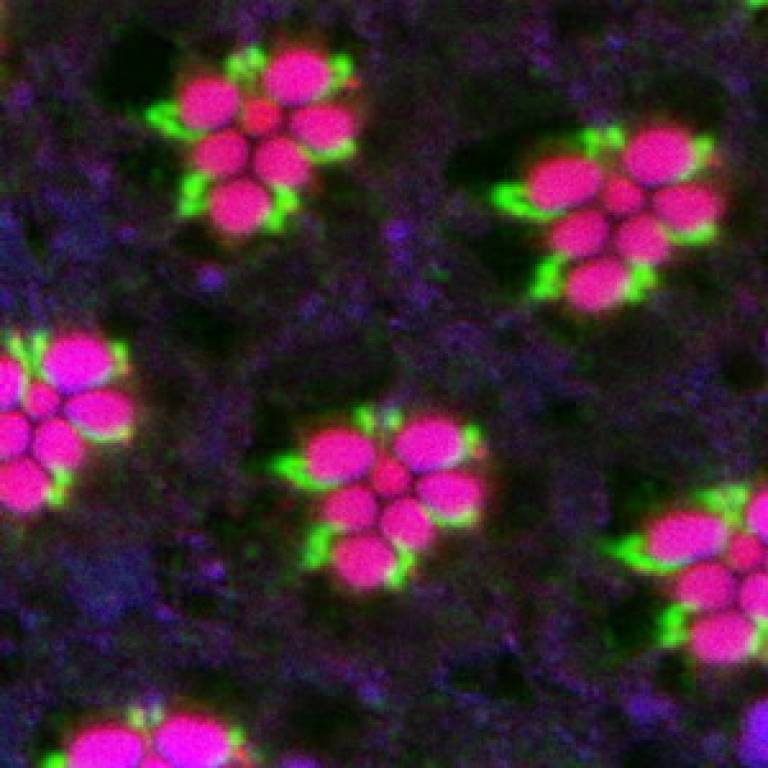 Their research, published on 24 January 2006 in the journal 'Current Biology' examines the role of the tumor suppressor PTEN during epithelial cell morphogenesis. Mutations in the gene coding for PTEN are found in more than 50 per cent of human cancers, including brain tumor, breast and prostate cancers. The vast majority of cancers in human originate from epithelial cells.

These cells form epithelial sheets like the skin that covers the outside of the human body or the lining of organs such as the lungs, the gastrointestinal tract, and the urinary and reproductive organs for example. The functions of the epithelial cells include secretion and absorption, and to this end, epithelial cells are polarised, with a clearly defined top and bottom.

In some cases in particular in the gastrointestinal tract and kidney the top of the cells consist of a stack of membrane called 'brush border', that maximizes the surface area dedicated to allowing solutes and nutrients to be absorbed or filtered. Loss of epithelial cells polarity is a major factor toward cancer. Cells might consequently break off the epithelial sheet and move round the body through the blood stream to colonize other tissue and form metatases.

When the PTEN gene is mutated in these cells, the normal process of cell death (apoptosis) does not occur, they escape critical regulations and can multiply to form tumors. The UCL researchers are concerned with exactly what are the mechanisms that specify and maintain epithelial cell polarity.

Their research shows that disruption of PTEN not only promotes cell survival and proliferation but leads to major instability within the epithelial cell structure and morphology. Dr Pichaud commented: "The discovery that PTEN might regulates epithelial cell polarity and morphology is a conceptual breakthrough, which adds to scientists' understanding of cancer."

"In many ways, the situation in these cells mutated for PTEN resemble that of a migratory cell and this is likely to greatly contribute to the metastatic behavior of cancerous cells "