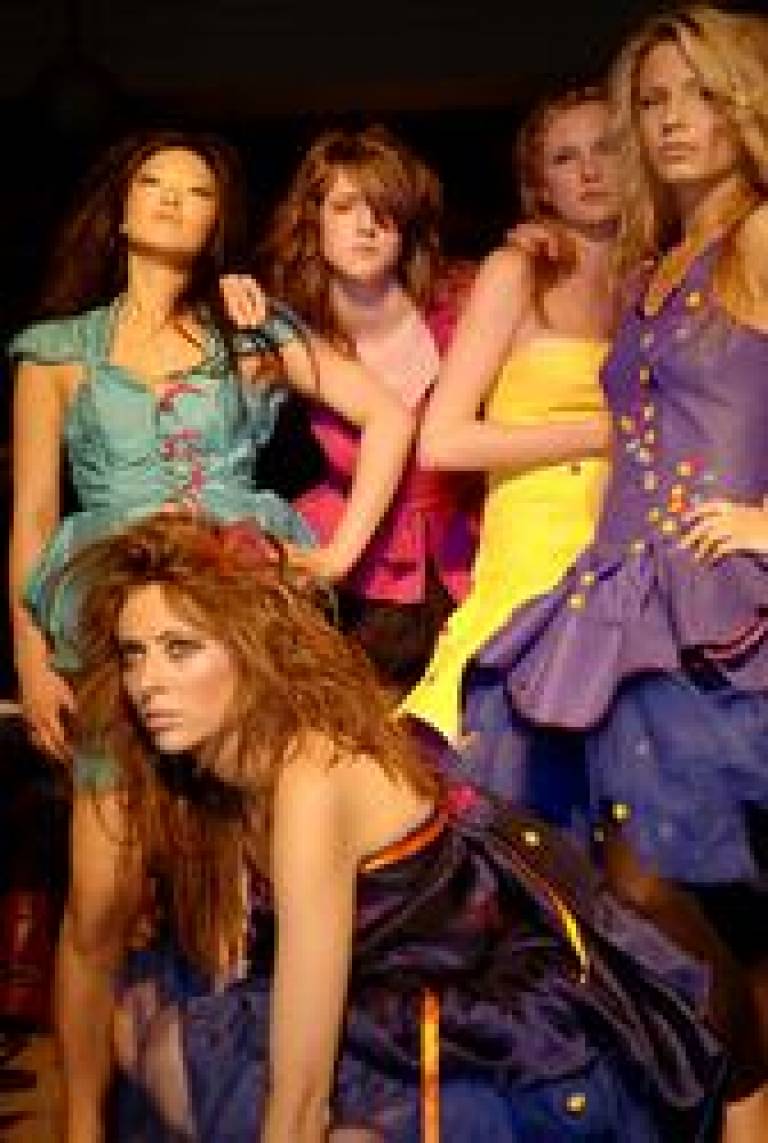 Hundreds of guests and VIPs witnessed UCL's North Cloisters transformed into a catwalk to display clothing designed, made and modelled by UCL students.

Modo was founded by its Creative Director Corinne Felgate (UCL Phonetics & Linguistics), following the success of a fashion show staged in 2004 at UCL Union's Cultural Carnival, a celebration of the UCL community's cultural diversity.

Corinne said: "Modo provides a forum for UCL students' talent. The challenge of the show is that we start from nothing. The space is just four walls: everything else is created for the show and most of the models or designers have never done anything like this before.

"The beauty of this project is the ability to create something that is aesthetically brilliant, and that, at the time of creation, doesn't have to be so thoroughly considered. As students we are used to spending so much time thinking, so there is a lot of pleasure to in creating something where the meaning follows after. It's possible to post-rationalise about the clothes, but for us they are a mirror of what clothes could be, not what 'fashion' dictates - physical creations of our subconscious ideas."