Experts from UCL and King's College London (KCL) have proposed a new convention for the reporting on the derivation of human embryonic stem cell (hESC) lines. 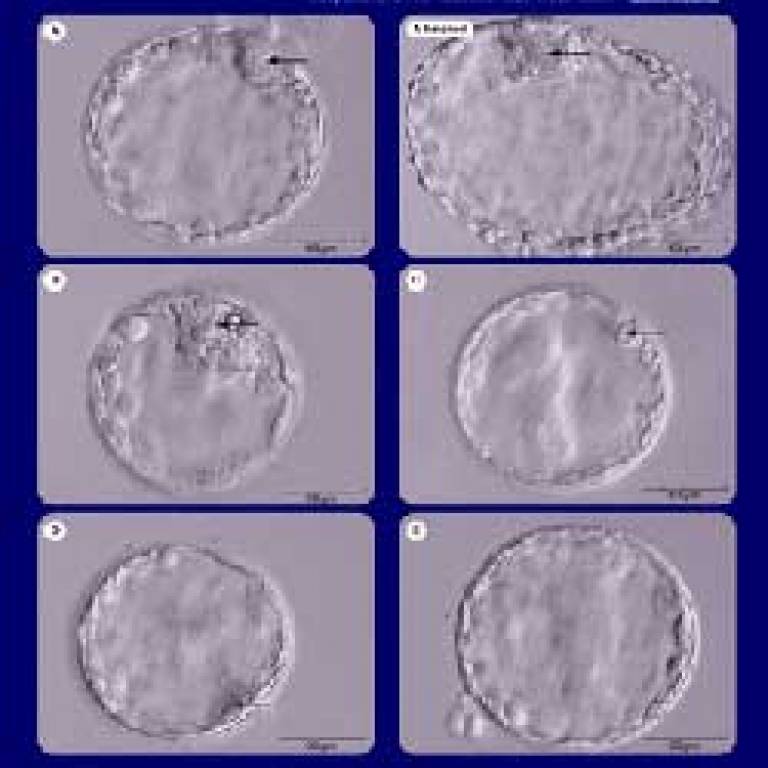 The editorial also includes recommendations on the minimum information required to establish this new standard. Currently, there is no universally agreed method for reporting the quality and stage of embryos used as a starting material for hESC line derivation, and this lack of an consistent reporting system has made scientific comparison of methodologies and results impossible.

Dr Mason said: "Agreeing a universal standard, and reporting on the number and grade of embryos reaching each stage of growth provides many benefits, including robust comparisons between protocols, the ability to quantify increased derivation efficiency and an overall contribution to best stem cell practice."

"The aim is that the proposal begins the 'bottom-up' debate to identify the need and scope of the minimum information metadata to be captured in the future international standard for derivation of hESC lines," added Emma Stephenson. "If a standardised grading system is established for hESC derivation, researchers can be confident that the grading will be consistent and reproducible."

It is widely accepted that open, transparent and most important of all, consistent methods of reporting of results would move the hESC field more rapidly towards clinical translation and application.

During the writing of this proposal the authors received highly valuable input from a number of other leading hESC derivation laboratories. However in order to be as inclusive as possible, they have requested that all interested parties forward their views and comments on the proposal as soon as possible in order that a consensus document can be published in a few months time.