The development of implements that will survive a crash into the surface of a planet at twice the speed of sound may seem like an impossible task, but it is one that a team of scientists at the UCL Mullard Space Science Laboratory are taking on. 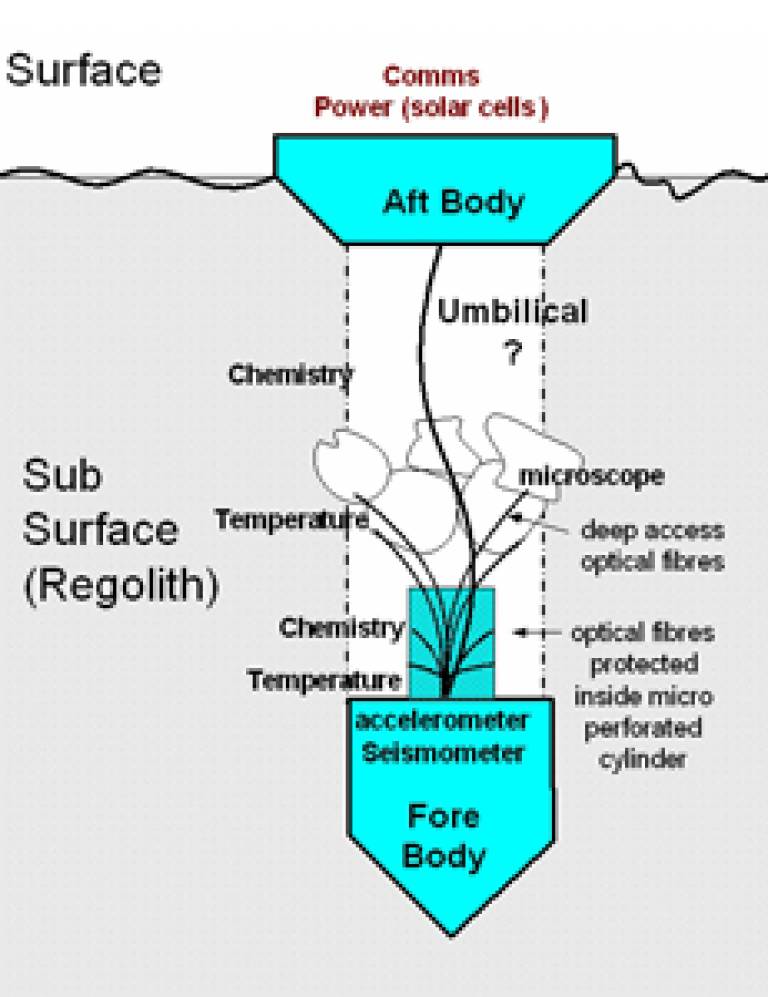 In 2017 or 2019, the European Space Agency (ESA) plans to send a mission to Europa, one of Jupiter's moons. The objective of the mission is to investigate the possibility of a liquid water ocean under the icy surface, which is key to determining whether life could exist there. Currently, there are no plans for a landing on the first ESA mission, but the MSSL team believe that by placing their devices on the surface, a great deal of otherwise unobtainable information can be gathered.

The instruments in question are called micro-penetrometers, small machines that will crash into the surface of the moon at between 200 and 700 metres per second in order to penetrate the lunar surface by a few metres. Once in place, onboard instruments take readings and transmit their information back to a receiving satellite.

Ensuring that the instruments can survive such a high-speed crash, without an atmosphere to act as a break on the falling object, presents major technical challenges to the MSSL scientists. The micro-penetrometer and the instruments on board may need to survive forces of up to 100,000g if they are to be of any use. Proving the machines' viability is therefore the first major hurdle the team faces.

The first step towards achieving this goal is through a collaborative project with Qinetiq, a technology developer that used to be part of the Ministry of Defence, which has conducted work on high-speed impacts. The hope is that the joint work will enable the team to produce a prototype model that will preserve communications, batteries and electronics systems through a high-speed landing on the Earth's moon. Whilst our moon offers excellent scope for scientific investigation, such as seismic study of the lunar interior and detection of water in permafrost areas, it also provides a good location for a demonstration of this technology because it can be reached in days (rather than years for Europa) and communications between Earth and craft on the surface are relatively straightforward. It is hoped that funding for the project will come from the Particle Physics and Astronomy Research Council (PPARC). The team awaits a decision in the autumn.

Dr Rob Gowen, who is leading the bid, said: "We are fairly confident that, if we get the go-ahead for a moon mission, we will be able to convince ESA that our micro-penetrometers can be used on Europa. The additional information they could provide will add greatly to our knowledge of both these mysterious moons."