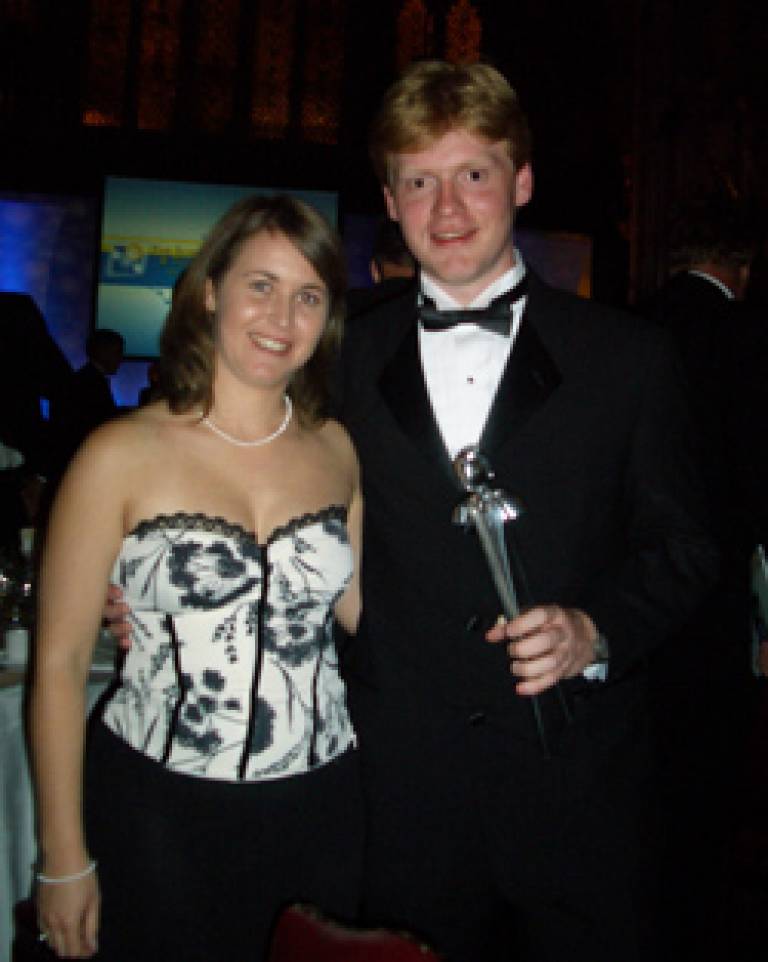 The awards are the most important for science and technology undergraduates and are supported by British industry and many of Britain's leading and technical institutions. They provide a showcase for educational excellence, publicly recognising the exceptional achievements of both students and universities.

Alex won despite stiff competition from short-listed Imperial College London and Oxford University students for his final year project on 'free surface fluid animation'. The judges commented: "Alex has tremendous enthusiasm for his subject. In this field it is relatively easy to produce results which appear to be realistic but which in fact do not stand up to scientific scrutiny. Alex is concerned to get the science underlying his visualisation project correct. Starting form mathematical formulation of fluid flow he has written programs which simulate the flow of fluid and show on-screen how the fluid moves. He has made a valuable personal contribution to a challenging field."

Alex's final year project attained the highest grade in his year, and he was recommended for the awards by Professor Anthony Finkelstein, Head of UCL Computer Science, and by his project supervisor Dr Céline Loscos. Professor Finkelstein said: "These awards, 'the student Oscars', are highly prestigious and very competitive. The award is a testimony to the work of Alex and Celine, but also to the high standard of projects and student accomplishment in the department."

As part of the MEng Computer Science (International Programme), Alex was among the first students to take advantage of UCL's exchange programme with the California Institute of Technology (Caltech), where he published a research paper with his supervisor. He spent the summer at the Hollywood special effects company 'Rhythm and Hues' applying his fluid animation programme to upcoming movies 'The Lion, the Witch and the Wardrobe' and 'Superman Returns'.

Alex said: "Participating in UCL's study abroad programme opened a lot of doors for me and gave me a global outlook on my studies and career. I would definitely recommend it. I had a great time at Caltech and I've won a fellowship to start my PhD there this year."