UCL's Development Planning Unit (DPU) - which is celebrating its fiftieth anniversary this year - has always been at the forefront of international debate; challenging governmental policy and influencing decision making in all aspects of urban development. 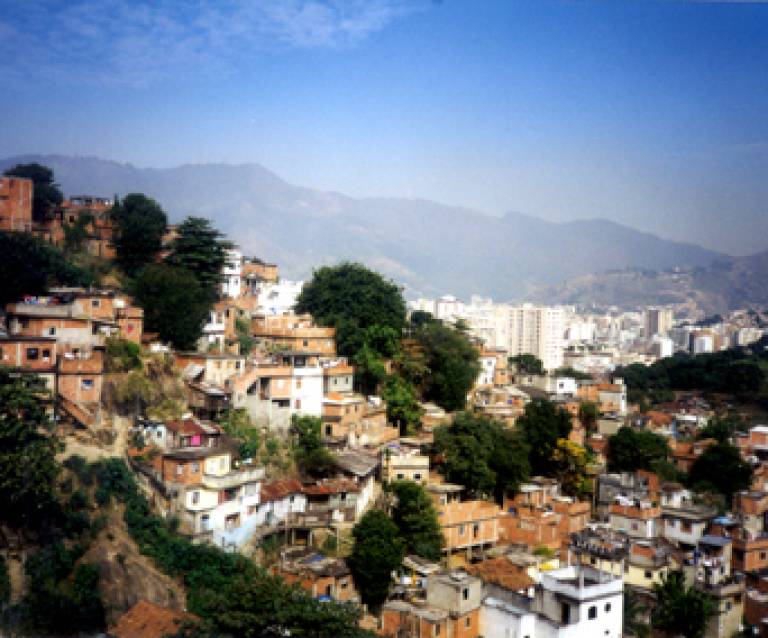 The Unit's considerable influence was highlighted by the United Nations 2005 World Summit on 14-16 September.

While the department concentrated on the physics of building and climatic design during the 1950s, issues of urban growth and social housing moved to the fore. The department expanded in the 1960s with new courses offered in Educational Building and perhaps most significantly, in Urban Development Planning, an area that the DPU has since made its own. In 1966 the Unit launched its Training and Advisory Service to advise government departments on good design for building in the tropics. Its first contract - advising the Ministry of Public Building Works in Pakistan - signalled the start of the department's ongoing advisory work with governments throughout the world.

The UN Summit brought together the world's leaders to discuss progress towards the achievement of the Millennium Development Goals (MDGs), which were agreed at the United Nations Millennium Summit in September 2000. The eight goals, include 'Ensure environmental sustainability', 'Develop a global partnership for development' and 'Eradicate extreme poverty and hunger' and 18 Targets. The DPU is working closely with the United Nations Human Settlements Programme and other UN agencies, governments and non-governmental organisations on strategic approaches to achieving the MDGs, particularly Target 11 - 'To have achieved significant improvement in the lives of at least 100 million slum dwellers by 2020'

A review of the DPU's first 50 years reads as a survey of the development and application of urban planning theory and practice in the developing world. Founded in 1954 as the Department of Tropical Architecture at the Architectural Association, the department was led by Otto Koenigsberger who, explains former DPU Director Professor Patrick Wakely: "set out to influence the Euro-centric architecture that was being exported to the tropics by introducing elements of medical research and building physics appropriate to design in hot climates."

The department moved to UCL in 1971 and expanded rapidly. Now known as the DPU, the Unit's focus shifted away from, but did not abandon, architecture and building design to issues of urban and regional policy and related social and infrastructure planning. The Unit's development of theories such as participatory design and sustainability in social housing throughout the decade were in step with increased awareness of such matters by the United Nations, who held a series of conferences on the issues which helped further bring the debate to the public attention.

During the 1980s the DPU's consultancy work took off, with the Unit advising on 40 projects throughout Africa, Latin America, Asia and the Pacific. A six-year project with the Sri Lanka National Housing Development Authority for the implementation of the 'Million Houses Programme' was successfully completed in 1990. At the same time the DPU conducted a three-year Slum Improvement Project in India. Both these programmes entailed policy and strategic advice and on-the-job training in Sri Lanka and India and running special courses at the DPU in London, establishing an approach to institutional capacity building that the Unit has subsequently repeated in various forms in many different countries. The Unit also established itself as an academic institution during this time by introducing its first Masters courses and expanding its PhD programme, while retaining the strength of its training activities in the Diploma and short course programmes.

The 1990s onwards saw an expansion in the number of major international conferences that the DPU has hosted, on subjects as diverse as housing finance, gender policy and planning, and environmental management, demonstrating the multidisciplinary ethos of the Unit. During this time the emphasis of the DPU's work, increasingly concerned itself with issues of social justice, environmental sustainability, inter-sectoral integration and partnerships in urban development, which has been reflected in the development of new masters programmes and funded research programmes, including a current project in Southern Sudan to help rebuild the country after 20 years of conflict.

Commenting on what lies in store for the next 50 years, the DPU's Director Caren Levy said: "Although processes and patterns vary widely, urban transformations in the next half century will be among the most crucial challenges faced by the citizens and governments of the South, affecting governance, economic opportunities, social and cultural relations, environmental conditions and overall quality of life. This reinforces the DPU vision and mission which questions orthodox development agendas, whilst promoting the formation of strategic partnerships for the sustainable and inclusive management of cities and development through innovation and excellence in teaching, research, policy advice and institutional capacity building."