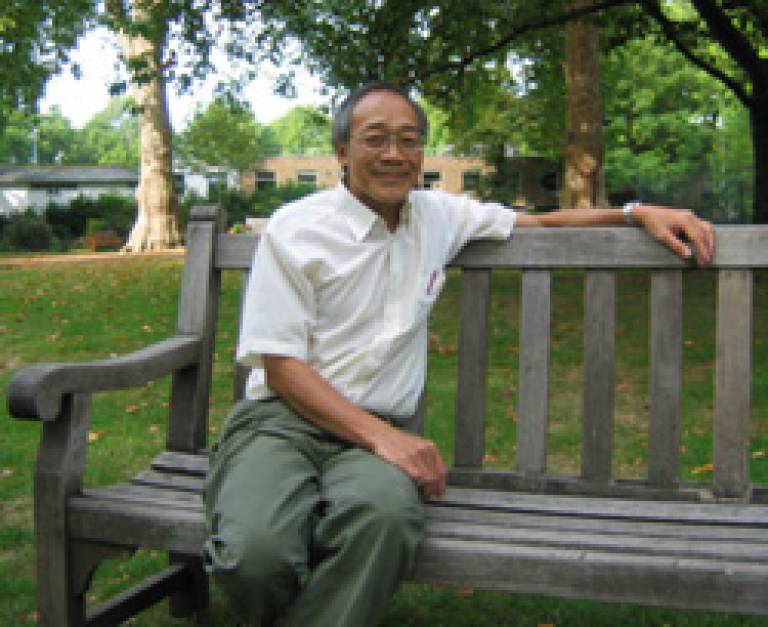 Robert talked about his own experiences of transforming community dentistry in the mountainous nation, which is burdened by poverty and political conflict.

Born in China, and raised in Canada, Robert trained in dentistry at the University of Alberta and ran a Canadian dental practice before deciding to sell up and move to Nepal in 1991 to become a hospital dentist and work in the community.

However, after several years hard graft he realised he did not have the necessary expertise that he needed for community dentistry in Nepal, a very poor country with a largely rural population, and realised that he needed further study.

Robert came to UCL on the recommendation of a friend and found what he was looking for in UCL Epidemiology & Public Health: "UCL has a very friendly, international atmosphere, and the programme was great. I was mentored by Aubrey Sheiham, and I really thought a lot of him. Although he was an eminent professor, he treated everybody as an equal, and he taught me to be a kinder, more compassionate person."

Returning to Nepal, Robert put the skills from his MSc into action. As part of the United Mission to Nepal, he lobbied government and industry for a number of changes to the Nepalese approach to oral dental health.

Robert has also spearheaded the training of key health post workers in emergency dental care; there are only 350 dentists in Nepal, mainly based in cities, totally inadequate for Nepal's main rural population of 23,000,000, so by performing emergency dentistry such as tooth removal, these health workers can help to alleviate the pain of many people.

Robert commented: "It was my training at UCL that taught me how to approach dental public health in Nepal, so UCL has made an important contribution to alleviating suffering in the country. The United Mission to Nepal has now sponsored a Nepalese woman to come to the UK to receive the same training, and I am now acting as her mentor while she takes over my position, ensuring that the necessary skills to improve the health of the people are transferred to the native population."

Robert now intends to spend his time raising his adopted Nepalese daughter, and is also keen to bring his experience of community public health to improve dental health in China, the country of his birth.