UCL students recently put UCL in the Guinness Book of Records by making the world record of twenty-four hours, for the longest game of Twister ever played. 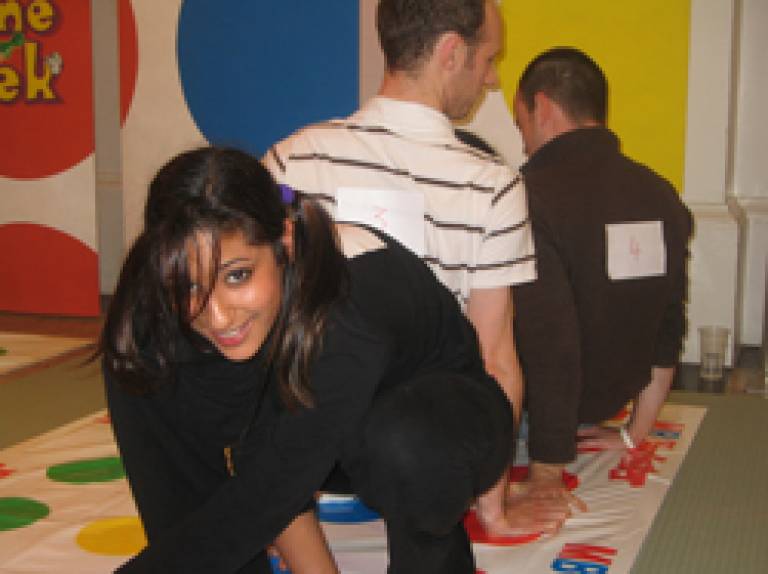 Two teams of four; The Bongos Society and the Ultimate Frisbee Society played all day and throughout the night on Monday 24 October in South Cloisters. The record attempt attracted news coverage from 'The Times', 'ITV London' and local radio.

Each game of Twister lasted for an average of thirty minutes, before a student fell over. Students were only able to leave the board for fifteen minutes every eight hours and food was brought to them whilst playing.

Ben Williamson, Services and Events Officer of UCL Union, commented on the day, "the teams are working really hard … they're all shattered, but all so keen to make the record".

Representatives of the Guinness Book of Records were present to start off the record and the Students' Union employed three student invigilators to log the number of games for Guinness. Two paramedics were on hand to check the players were ok and to give out ice packs during the game.

All team members finished bleary-eyed and with a few aches and pains, but pleased to have made the world record. Each player received a hamper of MB & Parker games - including, of course, Twister.