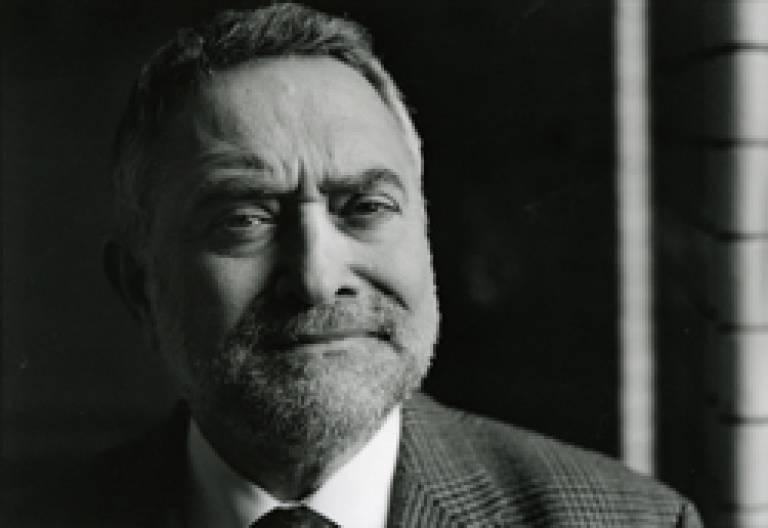 The Royal Society's top-rated lecture in the biological sciences, the Croonian Lecture was established by a bequest in 1738 by Dr Croone, one of the society's founding members. His wish was that the lecture would be 'for the support of a lecture and illustrative experiment for the advancement of natural knowledge on local motion, or (conditionally) of such subjects as, in the opinion of the President for the time being, should be most useful in promoting the objects for which the Royal Society was instituted.' In receiving this prestigious accolade, he joins a number of eminent UCL figures including Joseph Lister, JS Burdon Sanderson, Sir Victor Horsley, Michael Abercrombie, John Heslop-Harrison and Francis Crick.

Professor Moncada said: "For most of my research career, my main interest has been the understanding of the normal functioning of the blood vessel wall and the way this is affected in pathology. During this time, our knowledge of these subjects has grown to such an extent that many people now believe that the conquering of vascular disease is a real possibility in the foreseeable future."

One of the world's most frequently cited scientists, Professor Moncada has made a number of groundbreaking contributions to the advancement of cardiovascular research. In his lecture 'Adventures in Vascular Biology', he described his research interests and major discoveries over the last thirty years.

Professor Moncada played a central role in the discovery of two substances, prostacyclin and nitric oxide (NO). Research indicates that protection against decreases in these substances in the vasculature may prevent the development of vascular disease, one of the western world's biggest killers. In his lecture, he described his moments of insight and some of the critical experiments that contributed significantly to the uncovering of their roles in vascular biology.

"It is clear that the discoveries of prostacyclin and NO have transformed our comprehension of vascular physiology and opened avenues for further understanding of pathophysiological processes," said Professor Moncada. "Clinical medicine has already benefited from this knowledge, which will doubtless continue to provide clues that will guide future therapy and prevention of vascular disease. I have had the good fortune to be intimately involved in the discovery of both substances. Previously, it was thought that the endothelium - a single cell layer on the inner side of blood vessels - was inert, but our discoveries clarified its active metabolic structure, to the extent that it is now thought of as an organ. We also know that endothelial dysfunction is present long before heart disease can be identified. Understanding the initiation and progression of this dysfunction will provide insight into the prevention and treatment of cardiovascular disease. It is likely that free radical formation, leading to oxidative stress, is one of the main causes."

Professor Moncada's current research is dedicated to understanding where free radicals come from, how they are generated and how our bodies cope with them. Free radicals are likely to be involved not only cardiovascular disease but also in cancer, chronic degenerative disease and the ageing process. He said: "We are concentrating on the mitochondrion, an organelle in which oxygen is consumed and energy generated for a large number of body functions."