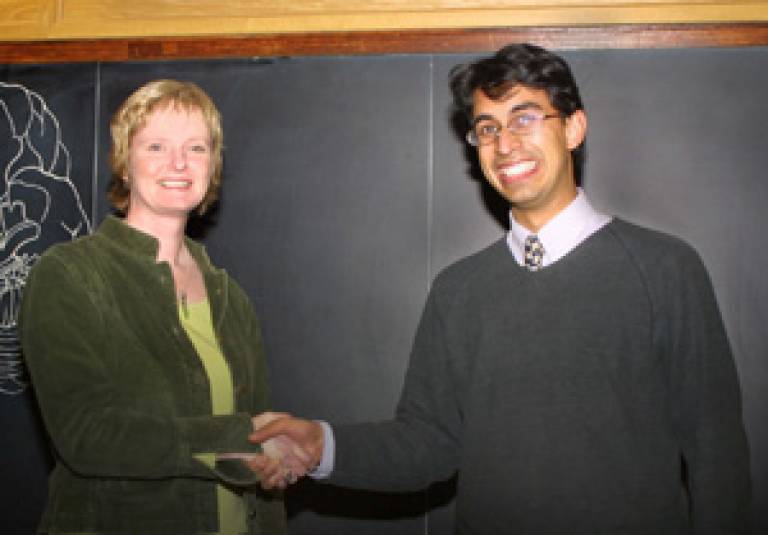 Dr Arjune Sen (Clinical & Experimental Epilepsy) was awarded the £200 first prize for his poster on the role of an enzyme called cyclin dependent kinase 5 in epilepsy. The second prize of £100 was garnered by Dr Susan Watkins (ICN and Institute of Neurology) for her poster 'What you see is what you hear', which looked at the integration of information from multiple senses, showing how sound can directly modify activity in the human primary visual cortex.

The Queen Square Symposium is now in its sixth year, and this year's poster competition had over sixty entries. The competition was open to PhD, MSc and Diploma students in the neuroscience disciplines at UCL, giving them a chance to hone the conference presentation skills that they will need for their future academic careers, explained Ms Emma East, a PhD student at the Institute of Neurology, who co-organised the event along with her departmental colleague Ms Joanna Riddoch-Contreras. She said: "The day gave everyone working and studying in neuroscience the chance to integrate and see other people's work."

Dr Deborah Dewer of the University of Glasgow and Honorary Secretary of the British Neuroscience Association gave the guest lecture on acute brain injury at the symposium, and the day was rounded off with a prize-giving presentation.

To find out more about the ION use the link below.