A research paper published by UCL's Jonathan Edwards, Professor in Connective Tissue Medicine, has been named as one of the fastest-breaking publications in the world by Thomson ISI Essential Science Indicators, which track the rate of citations generated by academic papers across all academic subjects. 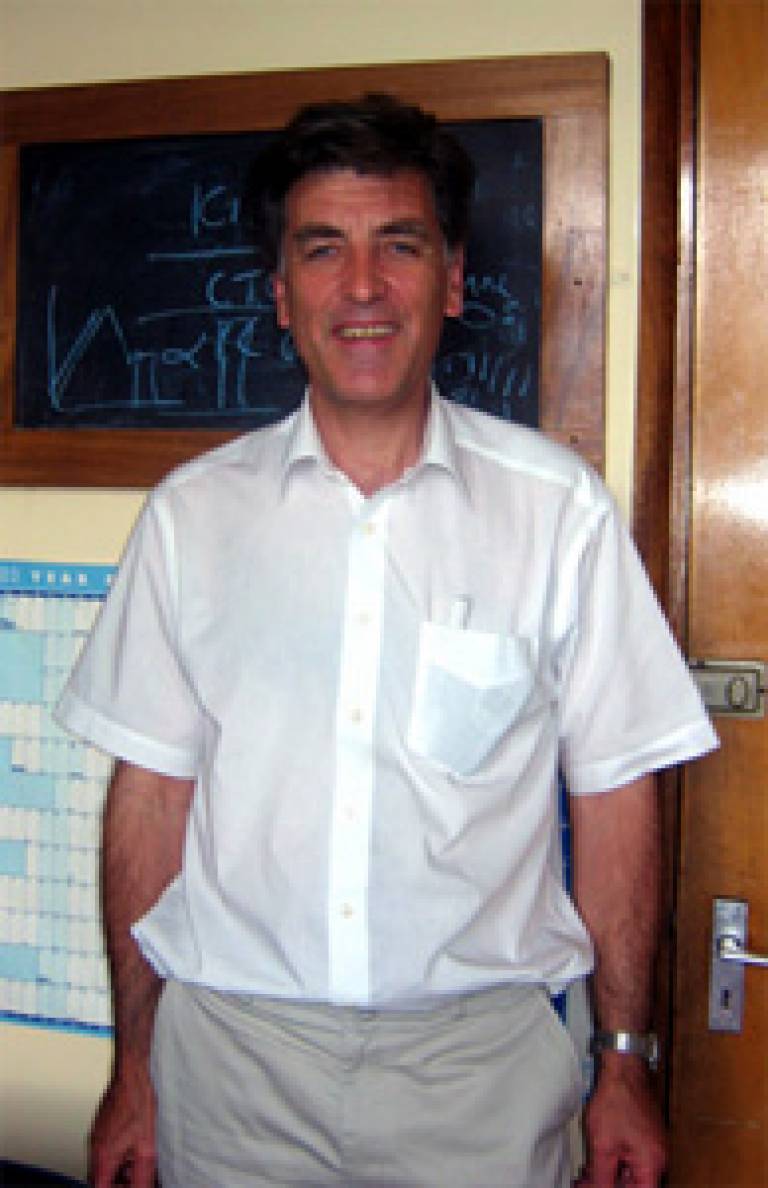 His research 'Efficacy of B-Cell Targeted Therapy with Rituximab in Patients with Rheumatoid Arthritis' was published in the New England Journal of Medicine in 2004.

The number and rate of citations that an academic receives for their papers is considered to be a measure of their influence, and hence the report shows him to be at the forefront of his discipline.

Rheumatoid arthritis is a common disease that affects over 350,000 people in the UK. The disease causes the joints in the body to become inflamed, and this inflammation causes erosion to the cartilage in the joint, and sometimes to the bone and ligaments. Professor Edwards has been interested in the causes of rheumatoid arthritis for 30 years, and has been involved in active research in the area for the last 25 of these.

The inflammation process in rheumatoid arthritis has been a subject of great debate. It seems that in people with the disease, the body thinks that part of itself is an invader and attacks it, which is why the condition is known as an 'autoimmune' disease. This inflammation does not stop of its own accord, but becomes a chronic process. Modern treatments for rheumatoid arthritis focus on curtailing inflammation before too much damage occurs.

Research into rheumatoid arthritis has often focused on the body's immune cells that react and cause inflammation. In the past, scientists generally considered that a group of cells called T-lymphocytes were responsible. However, in 1998, Professor Edwards, along with UCL colleague Dr Jo Cambridge, gathered new evidence to suggest that another group of immune cells called B-lymphocytes might be at the root of inflammation in rheumatoid arthritis.

Professor Edwards has since drawn on this hypothesis to investigate new treatments for the disease, which act by depleting the body of B-lymphocytes, stopping the destructive inflammation cycle.

His highly cited paper is a pivotal proof-of-concept trial that demonstrates the success of the B-cell depleting drug rituximab for the treatment of people with rheumatoid arthritis.

Two further large trials into B cell-depleting drugs are due to be published during 2005, explained Professor Edwards, and following their publication, it is envisaged that drug companies will apply to license rituximab for general patient use.

Professor Edwards commented: "Seven years ago, when we first posited that B-lymphocytes and not T-lymphocytes drive inflammation in rheumatoid arthritis, the topic of B-lymphocytes was not even listed in the index of papers presented to the American College of Rheumatology, but these days, B-lymphocyte study is almost top of the list. That probably gives an idea why this paper has done so well."

As well as his work in arthritis, Professor Edwards also conducts research into the nature of consciousness. He has a paper just published in the Journal of Consciousness Studies which argues that conscious experience must be a property of individual cells, rather than a global property of the brain, as has been previously assumed.

Although apparently very different fields of interest, Professor Edwards has found similarities in tackling problems in both rheumatology and consciousness: "The areas appear diverse, but there are a couple of common principles that I've used for both. First, when stuck on a complex problem, you need to go back to basics and work out what your false assumptions are.  Second, you have to read every aspect of the literature around an issue to understand it - the physics, the anatomy, the histology, the biochemistry, the cell biology, even the metaphysics - whatever subjects you need to grasp the whole problem. I worked out I've read four million words on consciousness over the last six months alone, and I still have a long way to go."

To find out more about Professor Edwards use the link below.