UCL's Andrew Huxley Building has received a commendation from Camden Council in its 2005 Building Quality Awards. 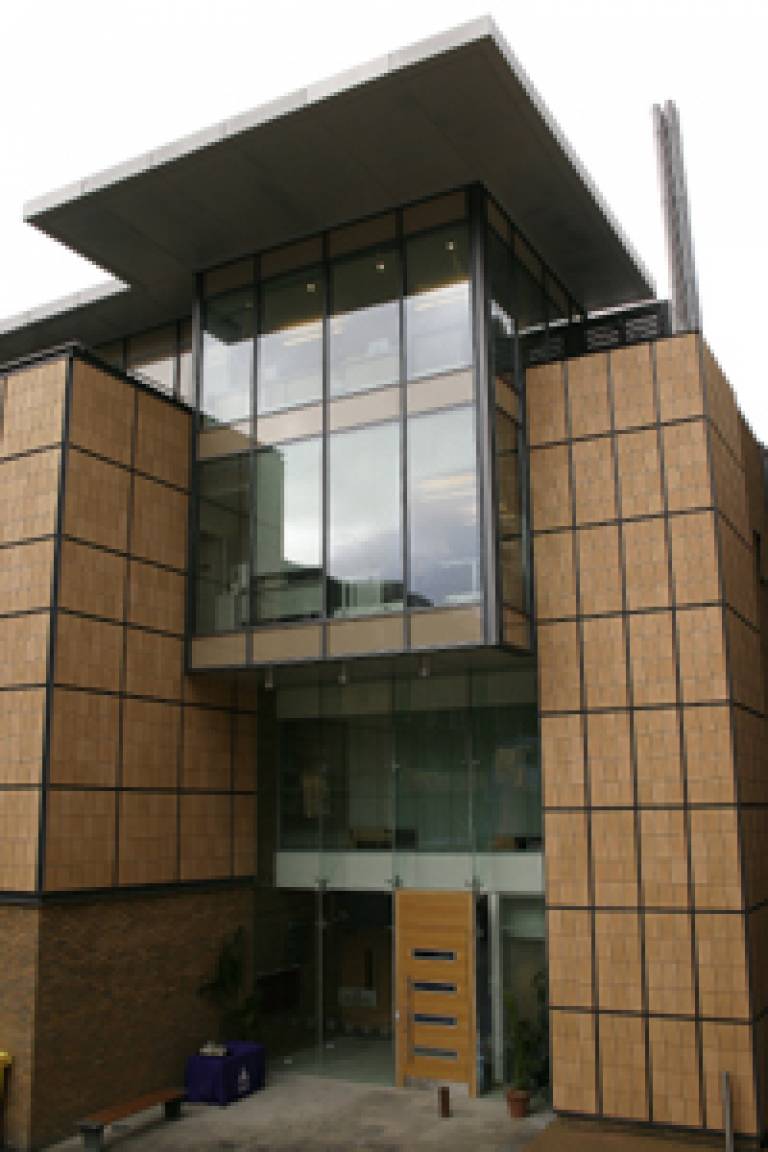 The building, which was opened in April 2005 and which houses researchers from UCL's departments of Pharmacology and Physiology, was singled out for its careful use of landscaping in a difficult and enclosed space.

The commendation came in the 'Large Commercial' section of the competition, which was won jointly by the Wellcome Trust's new premises, an extension to Great Ormond Street Hospital - one of UCL's associated teaching hospitals - and a new office building in Charterhouse Street. The awards were set up by Camden Council to recognise and reward high quality building practice and environmental standards in the borough.

Commenting on the commendation Mr Robert Williams (Estates & Facilities), the building's project manager, said: "We're delighted that the Andrew Huxley Building has been recognised by Camden Council for the high quality of its construction and its site management. UCL's central campus can be a difficult place to build, especially as we are keen to keep disruption to staff and students to a minimum. These awards recognise that challenge."

To find out more about UCL's building programme use the link below.