The modern perception of the legendary Egyptian Queen Cleopatra as a beautiful and manipulative diva is being challenged by a new study which suggests that Cleopatra was in fact far more respected for her intellectual prowess than for her physical beauty. 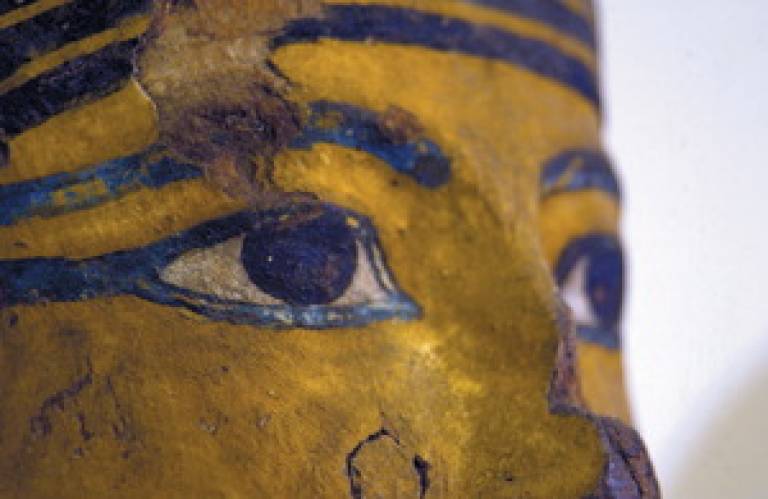 In his new book Egyptology: The Missing Millennium. Ancient Egypt in Medieval Arabic Writings published by UCL Press, Dr Okasha El Daly (Institute of Archaeology), presents substantial new evidence from studies of a neglected thousand-year period of Arab scholarship which uncovers a Cleopatra in stark contrast to the popular image of a hedonistic, deceiving and over-ambitious ruler.


The Arabic sources newly uncovered by Dr El Daly often refer to Cleopatra as 'The Virtuous Scholar' and cite scientific books written by her as the definitive works in their field. These sources focus on her many talents but make not one reference to sexuality or seductive power, instead admiring her scientific knowledge as a scholar, and her administrative ability.

"One remarkable omission from all the medieval Arabic sources that I have studied is any reference to Cleopatra's seductive physical beauty," writes Dr El Daly. "This absence perhaps emphasises that the fascination on the part of the Arab writers was with the conducts and achievements of the Queen rather than with her appearance. To judge from her appearance on her coins, she was not a beautiful woman in any conventional sense."

Dr El Daly continues: "The most interesting aspect of her image is that of a scholar who made significant contributions in the fields of alchemy, medicine and mathematics. She is shown conducting courtly seminars attended by scientists from different fields, at which she contributed to the discussions as a polymathic scientist."

The book examines a hitherto neglected period in the study of Egyptology, from the Muslim annexation of Egypt in the 7th Century CE until the Ottoman conquest in the 16th century. The commonly held view among European scholars was that there was no body of knowledge of Ancient Egypt, outside the context of European literature, from the Classical to the Enlightenment periods.

As well as suggesting a reinterpretation of Cleopatra, Egyptology: The Missing Millennium examines how the medieval Arab scholars portrayed Ancient Egypt as the land of wisdom and science. The Arab sources attributed to pre-Islamic Egyptian scientists many scientific innovations or 'Mirabilia', including the 'early warning system' burning mirror at the top of the Alexandria lighthouse which guided ships into harbour, an automatic public clock that sounded every hour, and mechanical devices such as water clocks and water wheels.

"It is quite clear that the study by medieval Egyptians and Arabs, its language, religion, monuments and general history, flourished long before the earliest European Renaissance contact," writes Dr El Daly. "Contrary to the prevailing view that Muslims, Arabs and Egyptians had no interest in Ancient Egypt, the sources show not only a keen interest, but also serious scholarship that seeks to understand and benefit from the study of Ancient Egypt."