Campaign for UCL in the USA

UCL's President and Provost, Professor Malcolm Grant, launched the Campaign for UCL in the United States at a reception in New York on 20 January 2005. 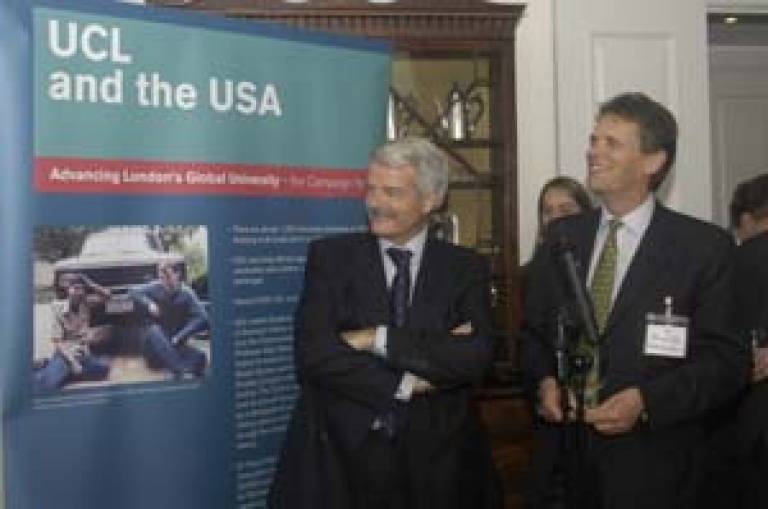 The Campaign for UCL - the largest fundraising drive ever launched by a UK university - aims to raise some £300 million ($550 million) over the next decade, to help finance groundbreaking research and teaching projects and initiatives across a range of intellectual disciplines.

The Campaign for UCL will enable UCL to move closer towards its vision of establishing itself as London's global university. Major projects to be supported by the Campaign include the Spinal Repair Unit, a world-leading centre of expertise at the forefront of the search for a cure for spinal repair injuries; the Ear Institute, a new centre of excellence in central London working to find a cure for common conditions such as tinnitus; and an extensive programme of bursaries, scholarships and postdoctoral fellowships to support students and the next generation of academics.

Elements of the Campaign being highlighted in the US include a proposal to create a Chair of American History in London. The holder of the Chair will be expected to provide intellectual leadership for the development of US history in London, the UK and Europe.

To see images of the US launch or to find out more about the Campaign for UCL use the links below.