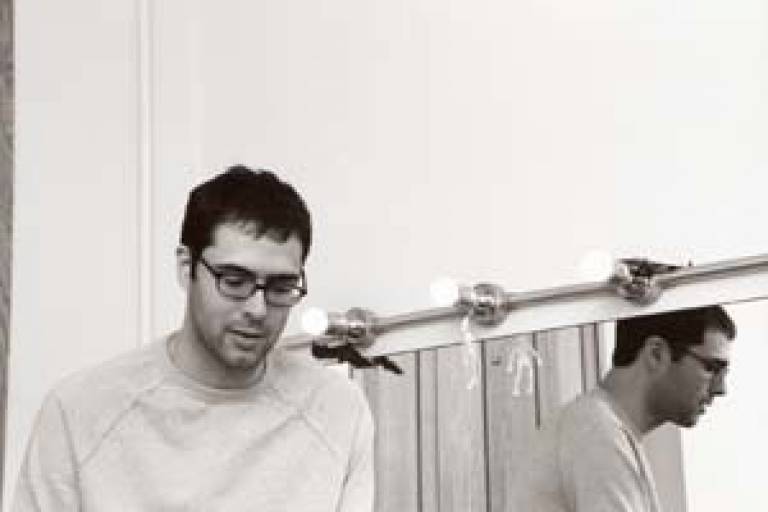 In an interview with the university's alumni magazine UCL People - to be published in March 2005 - Tim reflected on the band's eventful year following the release of its debut album.

Keane's songwriter and keyboardist said: "I wouldn't say it has been easy, but because we are very self-critical and very balanced people, we can kind of step back from it and not believe our own hype or believe what other people say about us whether it's good or bad. All we ever focus on is how to get better at writing songs, making music and doing gigs…Generally everyone has been really good to us and I think people are refreshed at the idea of a band that is more about songs with guts and meaning than about silly haircuts and rock'n'roll anecdotes."

The interview - held just before a sell-out gig at Brixton Academy - details Tim's experiences of an intensive touring schedule and the band's contribution to Live Aid 20, as well as his time at UCL. Coldplay's Chris Martin (Greek & Latin 1999) and Tim were in the same classes and used to hang out together listening to demos, in what Tim calls: "the tiny Department of Greek & Latin".

He continues: "Now for us to be in two English bands that are doing quite well globally, to come from the same little place in the universe, is just really weird. … I think the fact that UCL's in London for a start is a good thing. It's not on a nice cosy campus somewhere out in the lush countryside, It's a load of buildings spread around one of the world's greatest cities, so you're living and breathing real life from the moment you get there. Another thing I love about UCL is the non-religious ethos it has, which is something I completely agree with. Also it has a very arty atmosphere what with the Slade and the Bartlett; it's just a great place. Or it could be something in the tea and biscuits!"

To be sure to receive their copy of UCL People, alumni should update their address details. To do so, or to find out more about studying at UCL or about the remarkable Department of Greek & Latin use the links below.