Why the Amazon rainforest is so rich in species

Tropical areas of south and central America, such as the Amazon rainforest, are home to some 7500 species of butterfly compared with only around 65 species in Britain. 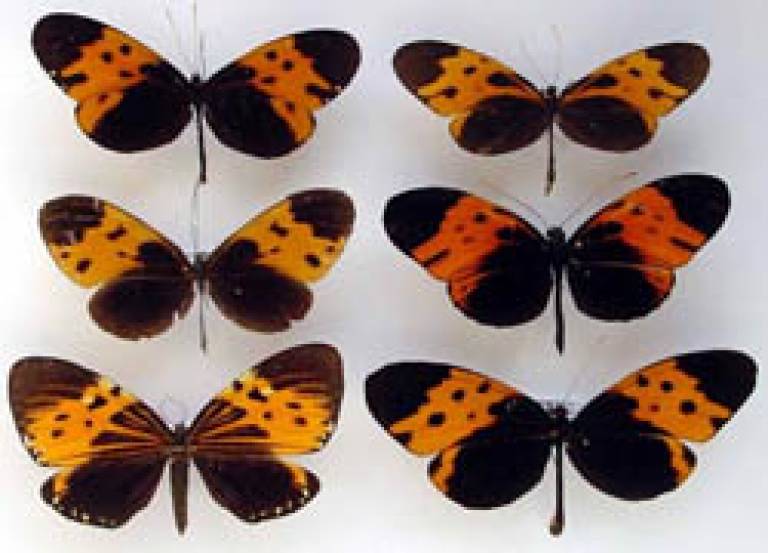 UCL scientists have today ruled out the common theory that attributed this richness of wildlife to climate change, in a paper published by the journal 'Proceedings of the Royal Society B (Biological Sciences)'.

Instead, scientists believe that biology played a far greater role in the evolution of species than external factors like prehistoric climate change. After conducting "DNA-clock" studies, which revealed that new species evolved at very variable rates, the scientists were able to conclude that external factors can only have had a limited impact on evolution.

This study's remit was not to put forward new theories, but Professor Jim Mallet (UCL Biology), argues that his team's work shows that factors other than climate change play the greatest role in species evolution. He said: "Different types of rainforest butterflies in the Amazon basin are evolving at very different rates, not at all the pattern expected if forest refuges during the ice ages were causing the origin of new species - the reason normally given. Instead, we think that idiosyncratic features of the biology of each species, such as competition for food and their individual reactions to the environment, dictate the pattern of evolution in each group."