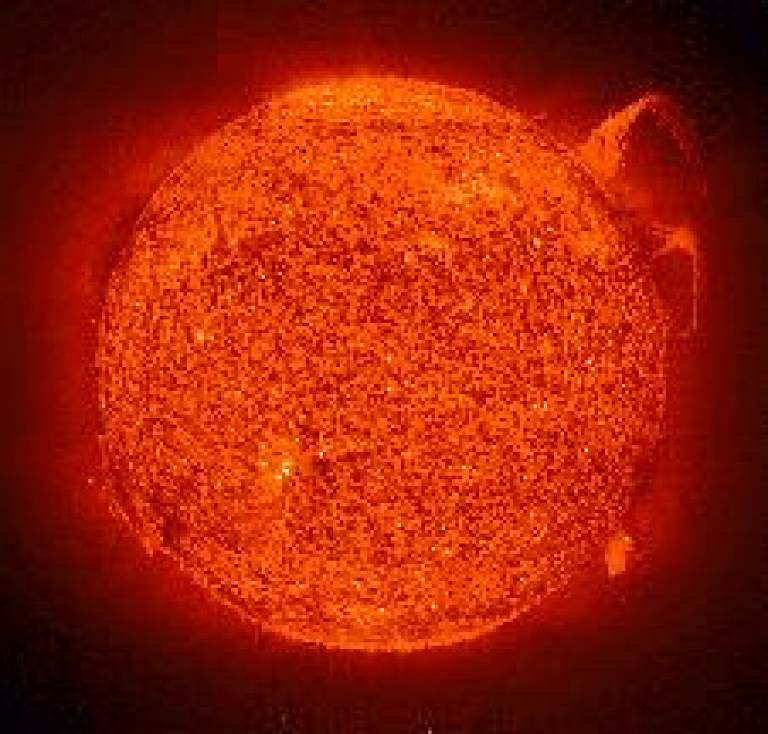 SOHO carries a total of twelve instruments, which probe the sun's every detail and allow the spacecraft to monitor the complex, violent solar atmosphere, the charged gases that the sun expels into space and the solar interior.

UK-based scientists involved in the mission are to gather at the CCLRC Rutherford Appleton Laboratory on the anniversary of the launch to celebrate SOHO's achievements, which have revolutionised our understanding of the sun and its impacts on the Earth.

Professor Len Culhane (UCL MSSL), who has been analysing data from SOHO over the last ten years, said: "SOHO has provided us with a comprehensive, detailed examination of a star over an extended period, and has operated superbly during that time. The advances generated by this mission are incredible."

The mission has revealed the true nature of the sun's violent atmosphere as it flings clouds into space, and as huge magnetic loops tie themselves in knots to generate solar flare explosions. Scientists have discovered that the solar atmosphere is riddled with Earth-sized explosions and occasional tornadoes and how the interior of the sun rotates. SOHO has even discovered over 1000 comets as they pass close to the sun - a world record. Sophisticated observations have allowed scientists to monitor the far side of the sun and instruments have enabled weather maps of the sun's atmosphere - probing temperatures, densities, solar wind speeds and even what the sun is made of, from a distance of 150 million kilometres.