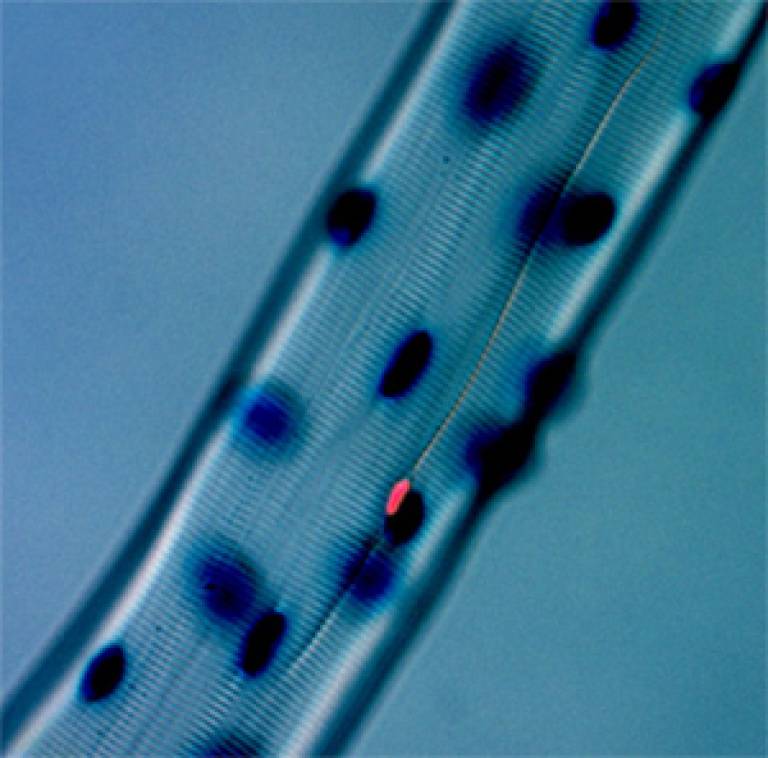 The discovery has huge implications for treatment of muscle-wasting diseases such as muscular dystrophy.

The findings, published in the journal 'Cell', conclusively demonstrated that satellite cells - the cells that coat muscles - are stem cells that have the ability to produce large quantities of new muscle and which also renew themselves.

Muscle is the most abundant tissue in the body and is responsible for movement, maintaining body temperature and metabolism, as well as providing the body's main store of energy and protein. Decline in muscle is a major problem for the elderly and for many cancer and other patients, as well as those with muscle diseases, and can lead to severe disability or even death. This new discovery has revealed the mechanisms behind muscle regeneration and could lead to novel therapies for muscle-wasting conditions.

Professor Irwin Olsen (EDI) said: "This research shows, for the first time, that in a normally stable tissue such as muscle, these stem cells have the ability to produce large quantities of new muscle and also to renew themselves in vivo. Such cells are likely to be fundamental in muscle repair and regeneration following injury and damage by diseases such as muscular dystrophy."

Image: A single myofibre isolated from a muscle. Each mature myofibre contains several hundred nuclei, which are here stained blue. Associated with the myofibre is a 'satellite' cell, with the nucleus stained pink. The team have shown that such satellite cells can function as true muscle stem cells, being able to proliferate and generate large numbers of new myofibres and also to make many more new satellite cells.