The hand of the other woman in Shelley's life

Some 200 years after his contemporaries gossiped that the poet Percy Bysshe Shelley was having an affair with the pretty stepsister of his wife, Mary Shelley, the rumours have come back to haunt him from beyond the grave. 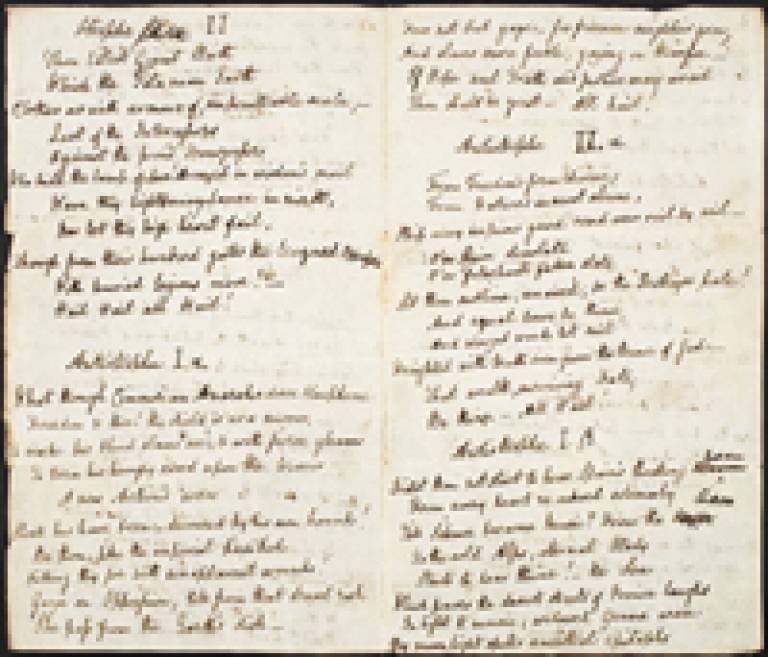 Scholars have striven repeatedly to understand the bizarre relationship between the Shelleys and Claire Clairmont, who lived with them through most of their marriage and who had a child, Allegra, by Lord Byron.

Now, long after Mary's father suspected that Allegra was Shelley's daughter, and a servant threatened to expose the poet and Clairmont as the parents of another child, speculation about a ménage à trois has been revived.

Michael Rossington, a leading Shelley scholar, has discovered a previously unrecorded manuscript of 1820 - the 'Ode to Naples' - in the beautiful handwriting of Clairmont (1798-1879), who captivated the poet with her wit, her intelligence and her black eyes. The manuscript, which was found in the library of UCL, bears Shelley's amendments.

Its significance lies in that most of the fair copies of Shelley's poems that were written out for publication were either in the hand of Shelley or Mary. But Clairmont was inseparable from the Shelleys, eloping with them to Switzerland in 1814, and living with them in 1816 and 1817 in Geneva and again, on their return to England, in Bath and Marlow. She continued to live with them from 1818 until Shelley's death in 1822. The rivalry between the two women became overwhelming at times, as they recorded in their respective journals. …

By the summer of 1820, when Shelley composed the ode in response to reports of the success of the constitutional revolution in Naples, tensions became so acute that they decided Clairmont should spend some time away. The poem could have been copied when Shelley accompanied Clairmont to Livorno, where she stayed for the next month. …

UCL acquired the manuscript before 1953 as part of an archive owned by the linguist and bibliophile Charles Kay Ogden. UCL is now in the throes of a £25 million fundraising campaign to create a new museum, The Panopticon, in Bloomsbury, Central London.