UCL's Olympic hopeful Christine Ohuruogu has arrived back in England after running in the 400m and coming fourth in the women's 4x400m relay in Athens. 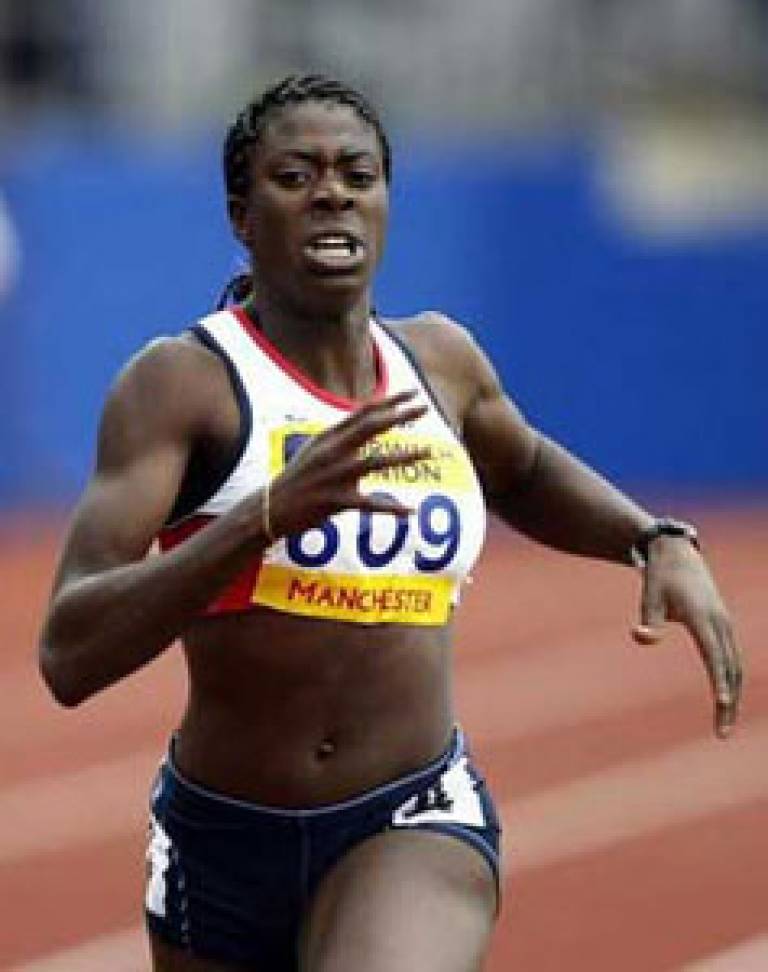 Christine made it through to the semi-finals of the solo event, coming fourth in her heat, which meant that she narrowly missed qualifying for a place in the final. Her time of 50.50 was 0.39 faster than her previous personal best and 10th fastest overall, a remarkable achievement in her first Olympics.

The future looks bright for Christine. She was Team GB's best performer in the women's 400m, and aged only 20 she has already impressed many athletes, including the 400m world record holder Michael Johnson. Commentating on BBC, he said "Christine shows a lot of potential - I expect to see her in the 400m final at the next Olympic games."

For now, Christine will be concentrating on completing her degree course in Phonetics and Linguistics at UCL. We wish her all the best for her future in athletics.

To find out more about 2004 Olympic Games use the link below.