A forum for multidisciplinary interpretations of arts, culture and history took place recently in Brazil. 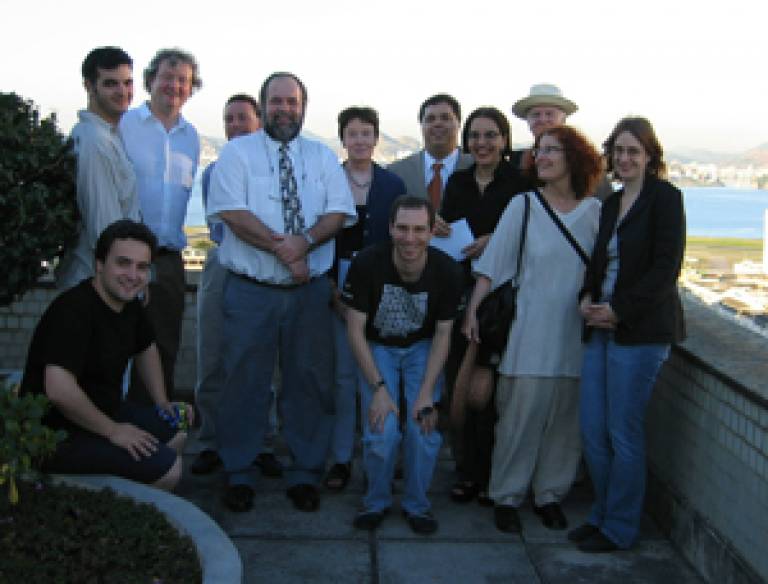 This was a collaborative venture co-organised by the AHRB Centre for African and Asian Literatures (which is jointly run by UCL and SOAS) and the State University of Rio de Janeiro in June 2004.

The conference was the second in a series of four, which explored the theme of 'Tradition and the Modern', and is facilitated by Professor Timothy Matthews (UCL), Professor Christopher Shackle (SOAS) and Dr Ross Forman (AHRB Centre for African and Asian Literatures).

This year's conference, together with the first conference which took place in London, explored whether modernism as a concept is useful when approaching the issues facing modern society. Taking a multi-disciplinary approach, which included discussion of Europe, Asia, Africa and Latin America, the conference examined the question from a number of viewpoints including cultural history, literary and aesthetic history and the history of ideas.

Questions raised at the conference included whether traditions in societies have or have not made them receptive to the ideas of modernism, how different cultures have responded to European modernism in the light of their own needs and histories, as well as a theoretical enquiry into the nature of cultural artefacts spanning literature, film, fine art, architecture, anthropology and ideology.

The conference proposed a model of migration of cultural and aesthetic ideas, rather than models of export, influence and the dominance of one approach over another.

Professor Timothy Mathews, who spoke at the event said: "The conference was remarkable as it enabled scholars from different disciplines in the arts and social sciences to exchange ideas and approaches. It was also an excellent opportunity to develop intellectual links between colleagues from the UK, France, Brazil and the United States who work on cultural migration, and to explore the difficult processes of translating aspirational ideas from one culture to another."

To find out more about the AHRB Centre for Asian and African Literatures use the link below.