Hong Kong's Victoria Harbour is one of the busiest deepwater harbours in the world, providing the cultural, economic and urban focus of the region since it was first developed over 150 years ago. 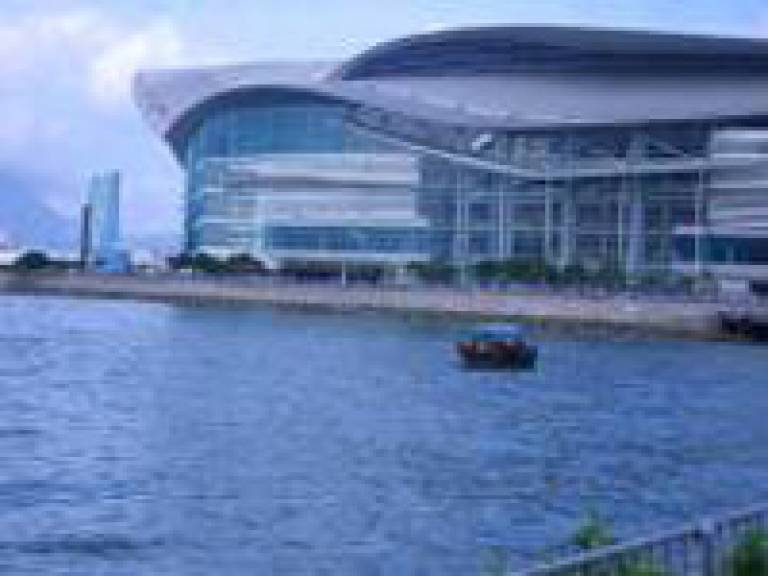 The way of life around the harbour is now under threat, because so much of the waterfront area has been taken by developers and government for building projects. Almost half of the harbour has already been lost to reclamation, and the remainder is in danger of the same fate.


A lecture detailing the ten-year fight to save Hong Kong's harbour was given by Professor Winston Chu in November 2004. Professor Chu, a UCL Fellow and Visiting Professor affiliated to the Faculty of Laws and the Bartlett, is the founder and former chairman of the Society for Protection of the Harbour, which has successfully prevented several attempts to reclaim the harbour.

Explaining the importance of Victoria Harbour to Hong Kong, Professor Chu said: "Even the name Hong Kong in Chinese means Fragrant Harbour. The whole cultural, economic and urban development is centred around the harbour. It is the past, present and future of Hong Kong. It is the life of Hong Kong."

The lecture also discussed the legal measures that the Harbour Society have brought about to help preserve the harbour, including the enactment of a protection ordinance through a private member's bill, the granting of an interim stay order and how, despite winning an interim injunction and a judicial review, the government still went ahead with a reclamation project.

These issues were discussed in the context of the impact of democracy and the rule of law on the political development of Hong Kong since its handover to China in 1997.

To find out more about lectures and other events at UCL, use the link below.