A ceremony to commemorate the laying of the foundation stone of a new building for UCL's School of Slavonic &amp; East European Studies (SSEES) took place on 5 May 2004. 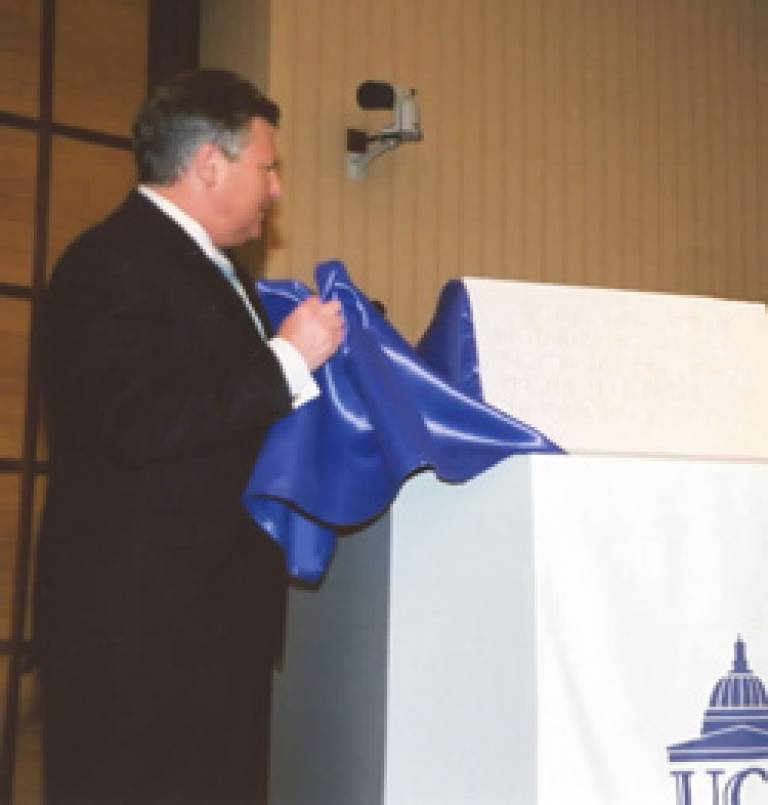 His Excellency Aleksander Kwasniewski, President of the Republic of Poland, gave a keynote address in which he spoke of the importance of a united Europe and the need for international cooperation. He began his speech by saying: "The era of walls and divisions across Europe has definitely come to an end. Openness, equality and unity are prevailing now. These are the values UCL has been serving since the very beginning. …I pay homage to the achievements of UCL and to its role in shaping the civilization of openness and dialogue."

Professor George Kolankiewicz, Director of SSEES, said: "The presence of the President of Poland at SSEES makes a range of symbolic connections. Fifteen years ago he was a member of the Polish Round Table which ushered in the end of communism and SSEES's new mission; now he also faces a new future, whether at home or in the international arena, building on past achievements, current strengths and future challenges." 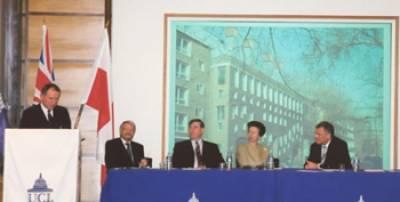 Work on the new Taviton Street building, which has been designed by award-winning architectural practice Short & Associates, began in December 2003 and is due to be completed in summer 2005. The premises will, for the first time, bring all SSEES staff and students together under one roof and provide much needed accommodation for the SSEES library, which is the UK's largest open access collection specialising in the region.

To find out more about SSEES follow the link below.