Secrets of the alchemist's lab discovered

Research by UCL's Institute of Archaeology suggests that the work of 16th-century alchemists may have been more practical than magical. The research, by PhD student Mr Marcos Martinón-Torres, is the first scientific analysis of an alchemist's laboratory and demonstrates that Renaissance alchemy was a hi-tech, highly skilled science.

The Renaissance saw a massive expansion in chemical experimentation as alchemists tried to do the impossible and find the philosopher's stone and turn base metals into gold. However, partly as a consequence of these futile endeavours, new metals were discovered and equipment and techniques for metallurgical analysis were developed that are still used today.

Under the supervision of Professor Thilo Rerhren and Dr Bill Sillar, Marcos has analysed artefacts from Castle Oberstockstall in Austria, the most comprehensive Renaissance laboratory ever recovered.

The results show that equipment such as crucibles and scorifiers were used according to scientific principles such as the constant combining proportions and the conservation of masses indicating that alchemy was an experimental science rather than the obscure art of popular imagination. Marcos says: "This was as good as science gets for the time. We need to stop looking at them as fools, we owe them a lot." 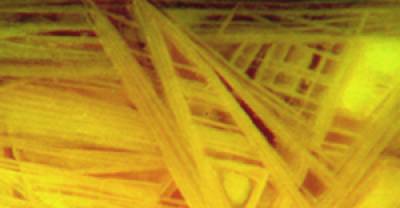 The actual process which is being described is the parting of gold from silver in a crucible using stibnite. The use of 21st-century technology, such as optical microscopy scanning electron microscopy and X-ray fluorescence, has enabled the researchers to discover the extent of 16th-century technology. Marcos explains: "We are getting to see what these people were actually doing for the first time, rather than what they were writing."

Images: Top - Two of the triangular crucibles used at the Oberstockstall laboratory. Middle - Pieter Brueghel the Elder, The Alchemist (1558). Bottom - Microstructure of the slag left in a scorifier after using it for refining gold or silver.

To find out more about the project, use the link below.