The proof is in the ink

Robin Clark, Sir William Ramsay Professor of Chemistry, whose studies in 2000 (published in 2002) of the Vinland Map with Dr Katherine Brown (PhD Chemistry 2003) cast doubts over its authenticity, was featured on the Channel 4 documentary Vinland: Viking Map or Million Dollar Hoax? in May 2004. 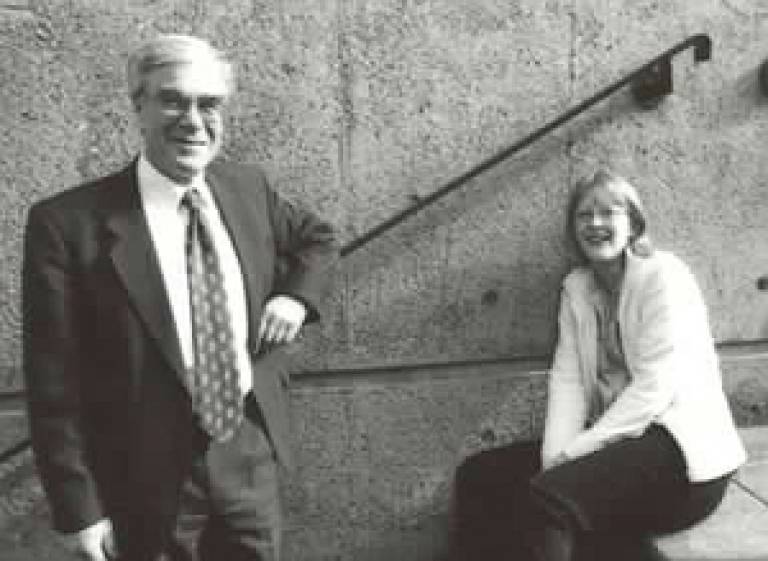 The Vinland Map, a world map which includes the north-eastern seaboard of North America, claimed to have been drawn around 1440 - thereby predating Columbus's voyage by some 50 years.

Using a technique known as Raman microscopy, which analyses chemical mixtures from the way in which they scatter light, Dr Brown and Professor Clark traced the distribution over the parchment of a substance called crystalline anatase. A study revealed that this material, which is a form of titanium dioxide, was present only on the ink of the lines and not elsewhere on the parchment. The results confirmed earlier optical microscopy and other findings which showed that the anatase had a particle size (c.0.2 micrometre across) and particle size distribution characteristic of the synthetic material, which is not known to have been manufactured before the 1920s. The findings thus undermine any beliefs in the authenticity of the Vinland Map, an enduring subject of academic debate.

Professor Clark's group has made many other major recent contributions via Raman microscopy at the arts/science interface including identifying the blue pigment on the Lindisfarne Gospels (c.715 AD) as indigo and not lazurite. This had the effect of changing the date of the first identified importation of lapis lazuli from Afghanistan to Northumbia by over 200 years. Other findings include: (a) the identification of lead tin yellow and lazurite on a painting Young Woman Seated at a Virginal, a result which is consistent with the attribution of the painting to Vermeer; (b) establishing the basis for detecting forgeries in philately on Hawaiian 1851, and Mauritian 1847 and 1858 stamps, said to be worth up to £1 million; and (c) detailed characterisation of the pigments in seven Gutenberg Bibles.

To find out more about Professor Clark use the link below.