The Hero at Home in France

Today he is an obscure, virtually forgotten printmaker, but Nicolas-Toussaint Charlet was one of the most widely recognised artists of his own time. 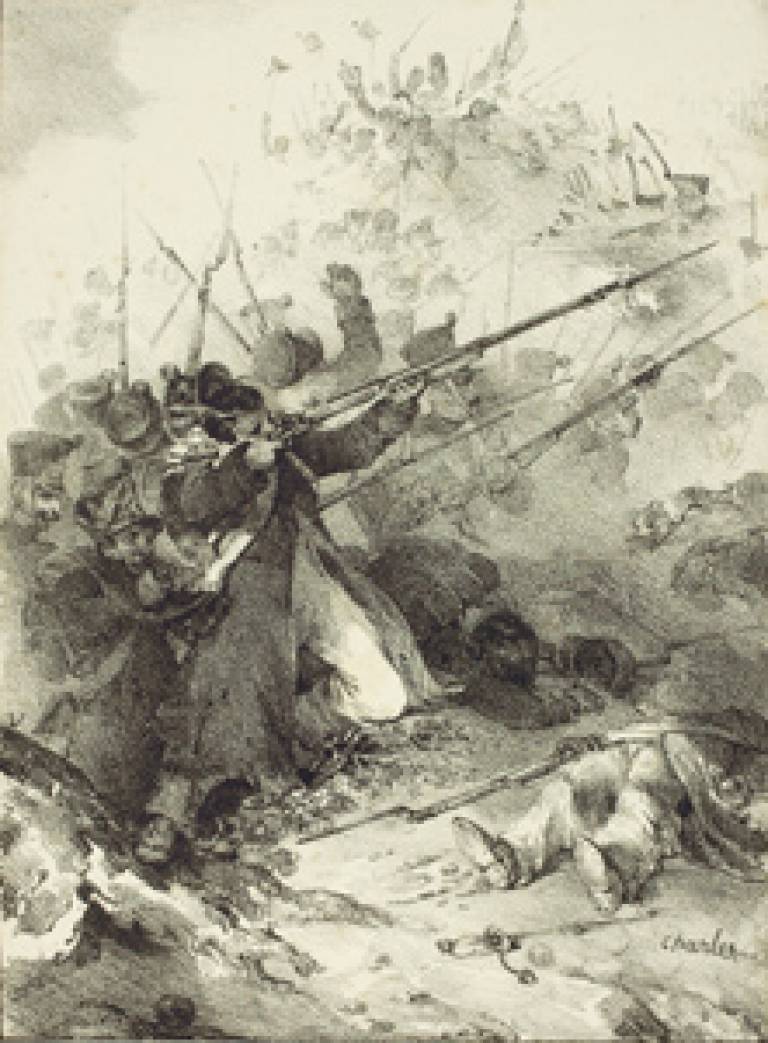 The UCL Art Collections will host an exhibition of highlights from its large collection of lithographs by Charlet, entitled 'The Hero at Home in France', presenting him as a lost key to understanding artistic production and politics in early 19th century France.

Born in 1792 at the height of the French revolution, Charlet's life spanned a period of dramatic social and political upheaval. He grew up to admire the military ethos of the Empire, but his political allegiances cost him his civil service position when the Bourbon monarchs returned to the French throne. This apparent misfortune caused him to embark on some artistic training. 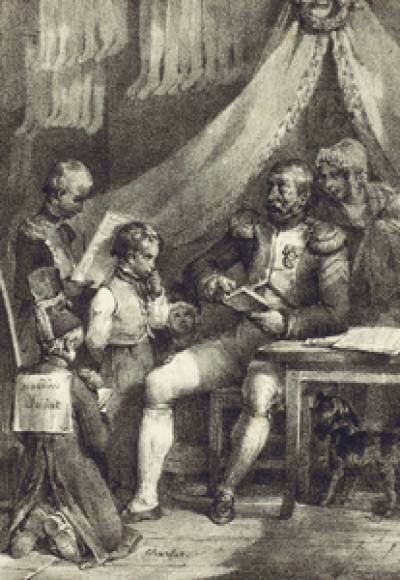 Ms Susannah Walker (History of Art), co-curator of the exhibition, says: "Charlet occupied the apparently contradictory positions of exponent of revolutionary ideals and entrepreneur simultaneously. We encounter themes of social and political revolution in his images of urban workers and anti-clerical prints. However, the new medium of lithography enabled him to produce vast numbers of designs and rendered his work accessible and lucrative.

"Through this rare exhibition of some of Charlet's finest lithographs, we may gain remarkable insight into the impact of Napoleonic rule on the mindset of ordinary soldiers. Subjects range from dramatic representations of Napoleonic campaigns to images of impoverished Grand Armée veterans living under the restoration."

The ephemeral and mass-produced qualities of these prints may also explain this artist's fall from grace in the 20th century while his friend Géricault and admirer Delacroix, who seem to epitomise the romantic idea of artistic originality, continued to be celebrated.

A lunchtime Gallery Talk about the exhibition and works by Charlet held in the UCL Art Collections will be delivered by Miss Walker at 1-2pm, 12 May 2004, in the Strang Print Room.

To find out more about UCL Art Collections use the link below.