EuroDay 2004, a one-day festival celebrating the countries, languages and cultures of Europe, took place at UCL on 1 July 2004. 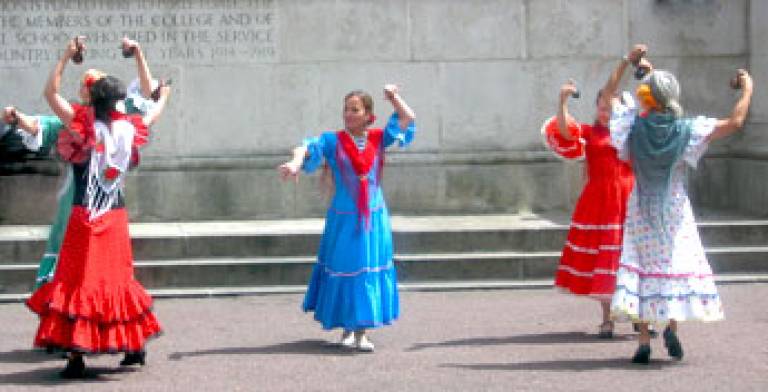 The event, which was attended by more than 1,000 London secondary school students, is designed to raise the aspirations of pupils toward higher education and stimulate an interest in foreign languages.

This year's event included representatives from all EU member states, including those who joined on 1 May 2004. In recognition of this expansion, this year's theme was 'Looking Forward Looking Back', which examined the contrasts between the old and the new in Europe, introducing students to both the folk and contemporary cultures of the EU member states.

The focus of the day's events was a series of stalls in UCL's North Cloisters, staffed by representatives from EU embassies. As well as having the opportunity to test their language skills on native speakers, students were able to enter a Finnish wife-carrying race and observe an extreme ironing competition. Short films, art displays, musical performances and language taster courses were also on offer throughout the day. 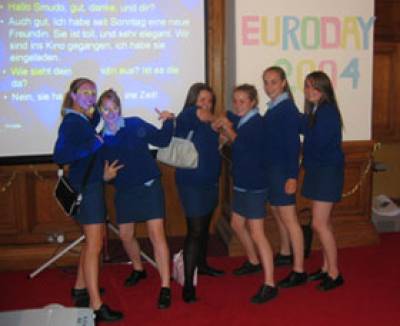 Ms Kimberlee Sue Lange, EuroClubs Programme Director, said: "EuroDay is a great opportunity to open the doors of UCL and encourage language learning in schoolchildren. The record number of schoolchildren who attended this year's event enjoyed a day that was both exciting and educational."

EuroDay marks the culmination of the 2004 EuroClub programme, which is organised by the Faculty of Arts & Humanities. EuroClubs are after-school societies designed for year nine and ten students interested in European languages. Each club represents a different country and is run by a UCL student ambassador who coordinates the meetings, introducing students to the language, culture, history and politics of a particular country.